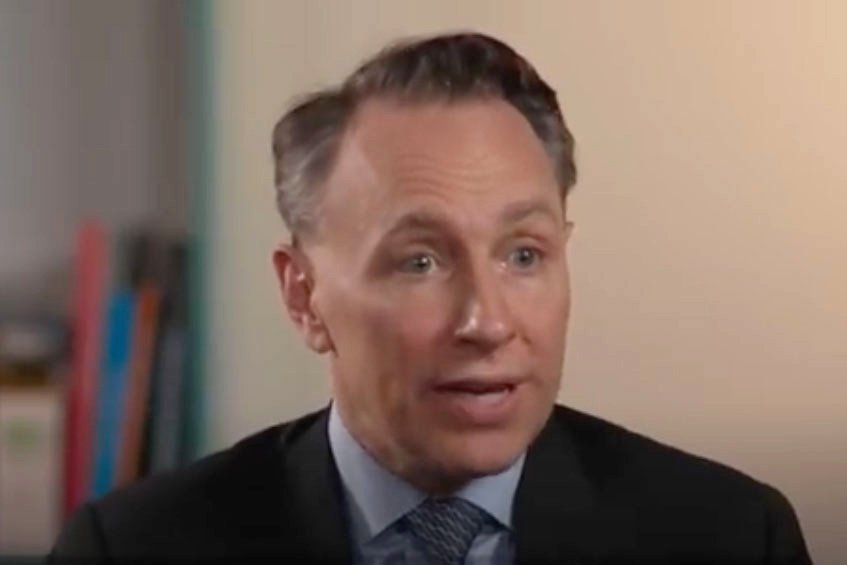 Axa has said the world is entering a “decisive decade” in its fight against climate change with its chairman warning the industry faces serious challenges in its approach to fossil fuel risks.

The French insurer has issued its 6th Climate Report, which spells out the efforts it is making to reduce its impact on the climate. In the report CEO Thomas Buberl (above) said the insurer would not underwrite firms or risks which impacted the climate if they had made not efforts to transition to a greener future.

The report highlighted the “warming potential” methodology, which measures the impact of the Group’s investments on global warming by 2050. This year, it stands at 2.7°C, significantly below the market, whose potential is 3.2°C.

“This indicator is key for AXA, which committed to limiting the warming potential of its investments to 1.5°C by 2050,” said the report.

“Our climate report is an essential tool for measuring the effectiveness of our strategy and the distance we still have to go to meet the Paris Agreement targets by 2050. There is still a long way ahead. We must all commit to accelerating the transition to lower carbon and more resilient economies. AXA is determined to play its part,” said Buberl.

However the company’s Chairman added that the group was looking long and hard at the issues around the insurance of risks which were deemed to be harmful to the environment adding that the decision to invest green and the decisions to underwrite risks required very different approaches. These would involve the underwriter walking away from risk which impacted the climate in the longer term but at present the issue was far from clear cut.

“Divestment is a powerful but blunt weapon of last resort,” explained Buberl. “We do this when all else failed. Can we really expect a company that still today, in 2021, has a majority of its business related to coal, or is one of the largest producers of coal worldwide, to be more solution than problem in a few years?

“Should we continue investing in a company that fails to produce a meaningful climate strategy after several years of shareholder engagement? This would not be consistent with our mission as an insurer, that is to say protecting our customers.

“This has not raised fiduciary duty concerns because it is congruent with long term business perspectives: are companies that fail to adapt their business with the need to transition to low-carbon models going to be sensible investments in the future?

“With the fast and comprehensive pace of change we are seeing, again, we think not. This is not the economy we want to support, these are not the investments we want to offer to our clients, this is not sound business and this is certainly not the world we want to entrust future generations with.”

He added: “Our teams are also working on a ‘green business’ strategy, and on a daily basis our underwriting teams support clients that need to transition towards more sustainable business models. We are much more carrot than stick! And we also exert discernment when looking in between green and brown, because the transition is not a binary affair.”

It was a view backed by Axa Chairman Denis Duverne, but he highlighted the issues the underwriters are currently wrestling with.

“How do we reconcile long-term transition needs and shorter-term carbon targets,” he said. “Similarly, some of the best ESG players in our portfolios are industrial corporates that have developed advanced sustainability strategies while still being large carbon emitters.

“Do we favour ESG or climate when they diverge? Perhaps even more tricky is the fact that while a coal plant may well present an investment risk, it is often a perfectly profitable asset to underwrite from a Property insurance perspective, with a good claims history – unlike offshore windfarms. We simply cannot replicate the investment business case for climate action into our insurance business.

“In a way, ‘stranded assets’ does not apply well to underwriting. We must work on a longer-term, more indirect business case, and inject a healthy dose of vision, convictions and values as well.

“Another complex question – which goes well beyond our industry – is how to combine scoring under the E, S and G components, or how to articulate climate change and biodiversity. Is a large dam flooding a valley and destroying biodiversity but producing decades of low-carbon energy a good thing?

“It is a wide-reaching decision that we cannot take on our own. However, we believe that we need to have a fact-based decision about this, for example via the Taxonomy Regulation. This is why we support the creation of a Task Force on Nature-related Financial Disclosures.”

Alban de Mailly Nesle AXA Group Chief Risk and Investment Officer added: “We are entering into a decisive decade of action with a multiplication of climate pledges and a strong business and political momentum.

“These goals remain important provided they are supported by credible transition scenarios. As we reflect on the meaning of the various net-zero pledges and carbon emissions reductions from governments and business leaders, one may wonder if they are realistic. For example, considering that the EU has committed to achieve -55% CO2 emissions reduction between 1990 and 2030, but has achieved only about -20% between 1990 and 2020, despite a significant de-industrialisation of Eastern Europe in the 1990s, this leaves a lot more to achieve in a lot less time.

“Yet this is what climate science is telling us to do if we want to avoid catastrophic and irreversible change, and this what climate neutrality commitments are made of. They are ambitious, and they require the full mobilisation of all players, because the window for action is closing fast and there is no plan B. It is an industrial revolution that will be demanding and that can no longer be delayed. Every year counts. But it can also become a formidable catalyst for technological innovation, social justice and geopolitical appeasement.

“Our mindset must evolve faster than climate change, and our response must be in line with the scale of the risks ahead. AXA takes on the challenge.”

“Should we continue investing in a company that fails to produce a meaningful climate strategy after several years of shareholder engagement? This would not be consistent with our mission as an insurer, that is to say protecting our customers.”