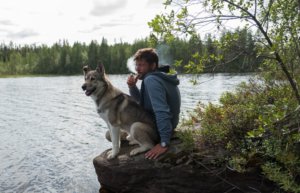 Pet insurer MORE TH>N has urged pet owners to quit smoking after research has laid bare the impact of passive smoking on pets.

The underwriter said research shows pet owners who smoke are harming their animals by smoking an average of nine cigarettes in their home each day.

“That means individual pets could be exposed to an estimated 3,285 cigarettes each year,” said the insurer. “This is despite three quarters (78%) acknowledging that their habit could harm their pets.”

The research, which coincides with Stoptober, Public Health England’s campaign encouraging smokers to quit for 28 days, reveals that almost a quarter (22%) chain smoke 15 or more cigarettes in their home on a daily basis. A further 20% of pet owners admit their cat or dog has even eaten cigarettes or smoking-related items in the past, including e-cigarettes.

Andrew Moore, director of pet claims at MORE TH>N, and a qualified vet, said: “This Stoptober, MORE TH>N is calling on pet owners to give up smoking. Passive smoking is just as dangerous for pets as it is for humans and increases the likelihood of them developing cancer and a range of other health issues. We urge pet owners that smoke to avoid doing so around their pets or inside their home to reduce their exposure to second-hand smoke. Our pets dedicate their lives to us, so it is important that we thank them by keeping them happy and healthy.”

The research reported more than half (52%) of pet owners who smoke said their pets spend 23 hours or more at home, where chemicals and bacteria released by smoking indoors can linger in the air and cause respiratory problems or cancer.

The findings also reveal how cats or dogs react when their owner begins to smoke, with 30% saying their pet moves away from them. Conversely, 17% said their pet sits beside them and 13% of pets appear to enjoy the smell of cigarettes, leaving them more exposed to the dangers of passive smoking.

Positively, more than two thirds (68%) said it would encourage them to quit smoking if they found out it had made their pet ill. Other factors that might help them give up smoking included:

Veterinary surgeon, Dr Robert J White-Adams, said: “Research has shown cats that live with smokers are about twice as likely to develop a malignant lymphoma and dogs that live with smokers are 60% more likely to develop lung cancer. It’s heart breaking to hear pets are inhaling second-hand smoke and other chemicals for up to 23 hours from over three thousand cigarettes each year.”