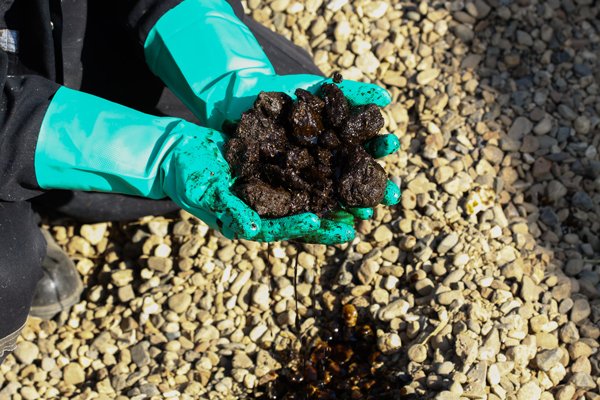 Environmentalists have hit out at insurers warning they cannot claim they are working towards combating climate change if they continue to insure carbon-based fuel production firms.

Climate group Unfriend Coal has issued a statement in which it says European insurers Lloyd’s, Zurich and Munich Re are the biggest supporters of Canada’s Trans Mountain pipeline, which is driving a huge expansion of tar sands oil.

It says the project will undermine international climate targets, and as such the group has urged insurers not to provide liability cover for the pipeline.

Trans Mountain is moving ahead with plans to expand its pipeline connecting tar sands in Alberta to the Pacific coast outside Vancouver, adding an extra 590,000 barrels a day of capacity.

Unfriend Coal say it is the equivalent of putting 2.2 million cars on the road and will increase daily flow to nearly 1 million barrels.

“Canadian tar sands are one of the highest-carbon sources of oil on the planet,” it added. “No new tar sands projects are consistent with the Paris climate targets and high production costs mean that any new investments risk becoming stranded assets, according to a recent report by the financial think tank Carbon Tracker.”

Elana Sulakshana, Energy Finance Campaigner at Rainforest Action Network, said: “If insurers are serious about avoiding catastrophic climate change, they must align all business with a 1.5ºC pathway. Any company that claims to care about the climate and human rights cannot insure Trans Mountain while it presses ahead with plans to enable a huge expansion of some of the world’s dirtiest oil and ignores the opposition of First Nations whose traditional lands the pipeline crosses.”

The group said Trans Mountain’s Certificate of Insurance was filed with the Canada Energy Regulator on 24 April, six days ahead of the filing deadline. It details the providers of $508 million of liability insurance cover for the 12 months to 31 August this year and shows that its biggest backers are European insurers.

Lindsay Keenan, European coordinator for Unfriend Coal, called on the Council of Lloyd’s to put in place restrictions on the insurance of activities that were damaging to the world’s climate. “Are there no risks to our climate that Lloyd’s won’t insure? Lloyd’s has signed the Paris Pledge to support international climate targets, yet Lloyd’s insurers continue to underwrite activities that fuel the climate crisis,” she added. “It’s time the Lloyd’s Council put policies in place that are in line with climate science.”

In June 2019 Zurich became the first insurer to sign the Business Ambition for 1.5°C Pledge and announced a package of measures to restrict support to the most carbon-intense fossil fuels including an end to underwriting operators of oil sands pipelines. However, it said that it would engage with clients over a two-year period with the aim of driving plans to “reduce their exposure to thermal coal, oil sands and oil shales.”

Peter Bosshard, international coordinator for Unfriend Coal, said: “Zurich and Munich Re have recognised the risks from high-carbon tar sands, and together with Chubb and Liberty Mutual have restricted cover for coal. However, their choice to continue or even increase their support for Trans Mountain calls into question their commitment to supporting international climate targets in practice.”

Seven other insurers are listed on the Certificate of Insurance: Liberty Mutual, Energy Insurance Mutual; AIG Insurance Co. of Canada; Stewart Specialty Risk Underwriting; WR Berkley, HDI Global SE of Canada (a subsidiary of Talanx) and Starr. The broker on the certificate is JLT, part of the Marsh group of companies.

The world’s leading climate scientists warned in a special report that even half a degree of warming beyond 1.5°C would significantly worsen the risks of drought, floods, extreme heat and poverty for hundreds of millions of people. Lead author Dr Kirsten Zickfeld said: “Our recent report shows very clearly that if we are going to ensure we stay below 1.5C of warming no further expansion of the oil industry or new oil infrastructure, such as the Trans Mountain pipeline, is possible.”