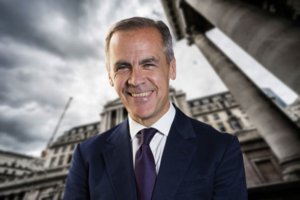 Bank of England Governor, Mark Carney (pic) has announced UK insurers and financial services companies are to be stress tested on their ability to deal with the impact of climate change.

Speaking at a climate conference in Madrid he said the scale of change that is needed across world economies to put emissions on a trajectory consistent with building a net zero economy will require a more sustainable financial system.

“Changes in climate policies, new technologies and growing physical risks will prompt reassessments of the values of virtually every financial asset,” he said. “Firms that align their business models with the transition to net zero will be rewarded handsomely. Those that fail to adapt will cease to exist.”

He added for that change to happen, we need to focus on the three Rs “reporting, risk management and return”.

In 2015, a Task Force on Climate-related Financial Disclosures (TCFD), was created and Mr Carney said the Task force had “generated a step change in both the demand for and supply of climate reporting”.

“The supply of disclosure is responding, with four fifths of the top 1100 global companies now disclosing climate-related financial risks in line with some of the TCFD recommendations. On every recommended metric in TCFD, disclosures have been steadily increasing. Three quarters of major investors surveyed are now using available TCFD disclosures when investing.”

However he said now was the time to push on and make TCFD disclosure mandatory.

Mr Carney said there needed to be a greater understanding and management of the risks around the change in climate.

“For the market to understand where climate risks and opportunities lie, disclosures need to go beyond the static to the strategic. That means assessing the resilience of firms’ strategies to transition risks.

“This is hard. Only half of TCFD supporters systematically conduct scenario analysis and, of those that do, three fifths don’t disclose it.”

He said the Bank of England will become the first regulator to stress test its major banks and insurers against different climate pathways, including the catastrophic business–as-usual scenario, the ideal, but still challenging, transition to net zero by 2050, and the late policy action, or climate Minsky moment – scenario that could bring a sudden recognition of the scale of stranded assets.

“Our stress test of the world’s leading international financial centre will show how major financial firms expect to adjust their business models, and what the collective impact of these responses could be on the wider economy.

“It will reveal the banks and by extension companies that are preparing for the transition to net zero as well as those who have not yet developed strategies consistent with America’s Pledge or the UK’s legislated commitment to net zero.

“To take this approach global, we will share it with the 47 other central banks and supervisors in the Network for Greening the Financial System (NGFS) so that they can stress test their own financial systems, which cover two thirds of the world’s emissions.”