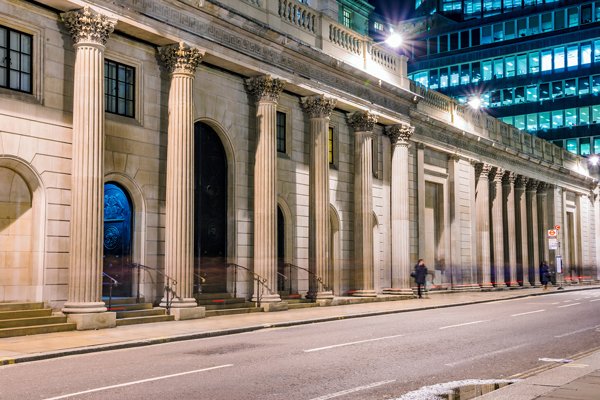 UK insurers have been told that the work towards a post Brexit regime to replace Solvency II is continuing and there have been lessons learned from the current Covid pandemic.

Charlotte Gerken, Executive Director of Insurance Supervision Bank of England was speaking on the Association of British Insurers (ABI) Prudential Regulation webinar ‘Life beyond Solvency II’ when she said the regulator was still working on the future regulatory regime post the UK’s departure from the European Union.

She added that the pandemic had seen priorities change.

“As a result of the challenges presented by Covid-19, we – like you – had to shift resource from our longer-term business priorities – including supervision and policy reform – to short-term crisis management. It is therefore worth taking some time to think about what we as the prudential regulator and the insurance industry have already learnt from the current crisis –including how the Solvency II regime has responded.

“None of us knows how the full effects of the coronavirus pandemic will unfold. Our aim at the Bank, alongside colleagues at the FCA and within government, is to build a bridge across the economic disruption created by the pandemic and help UK businesses, consumers and the financial sector to the other side. Insurers will need to be on the front foot in identifying the potential impacts on their longer-term business models in order to meet changing customer expectations.”

Ms Gerken added the information provided by the largest UK insurers shows the industry was well-capitalised going into this crisis and has so far remained so, with aggregate solvency ratios around 150%.

“But given the exceptional uncertainty generated by the current crisis, we expect insurers to increase their monitoring of the additional risks presented by Covid‐ 19, and where necessary to update their risk and capital assessments accordingly,” she added. “A key challenge of the Covid-19 crisis for us has been isolating the signal – the increased risk to insurers and their policyholders – from the noise caused by markets finding their way with very sharp but temporary overreactions.”

On the current European regulations Ms Gerken added: “Solvency II was written to facilitate insurance business by eliminating significant differences between Member States’ regimes and thus aims for uniform rather than dynamic application. We could think about measures that would improve the PRA’s ability to supervise firms through a cycle.

“An alternative could have been for firms to hold additional regulatory capital during more benign times, buffers which the PRA could then allow to be released during a market down-turn.

“This would be similar to the effect of the symmetric adjustment. At present, buffers held in excess of the solvency capital requirement (SCR) are determined by each insurer’s risk appetite to avoid breaching the SCR and are thus less likely to be used in a stress. In relation to internal models, we could review the balance between assessment against tests and standards and supervisory judgements concerning calibration of the overall capital requirement.”

“Ultimately, the extent to which the UK’s regulatory framework is similar to or different from EU regulation after the implementation period is a political choice,” she added. “But as Solvency II is based on the same principles as the preceding UK regime, revolution is less likely than evolution.

“And the pace of policy reform – in the UK, but also in the EU and globally through the International Association of Insurance Supervisors (IAIS) – is likely to be on a longer timetable due to Covid-19 being a shared and pressing priority.

“We recognise that there are certain aspects of the design and implementation of the Solvency II regime that do not fit so well to UK specificities. Our views on these areas are well known, and I believe shared by industry.”

Ms Gerken added: “This pandemic is likely to raise questions for customers around the value provided by insurance products; we are already seeing significant coverage questions being raised around business interruption and travel policies in particular.

“There is a critical role for insurers to adapt and ensure they are able to meet customers’ insurance needs whilst managing their commercial operations, particularly during the transition out of the crisis and into the longer term. Firms should take early steps to assess what changing customer behaviours or expectations could mean for their current business models.

“Although it is difficult to see beyond the immediate crisis, this pandemic is reinforcing two important things. There are a number of measures contained in Solvency II that have effectively mitigated the pro-cyclical effects caused by the disruption to financial markets.

“And second, the importance of the fundamental principles of the regime during a systemic event – those that require prudent capital and risk management. These can be expected to endure in any future version of our regulatory regime and will be critical for insurers to successfully navigate the complex landscape of emerging risks.”

SHARE:
Latest Covid Projection Anything but Model Result for the World