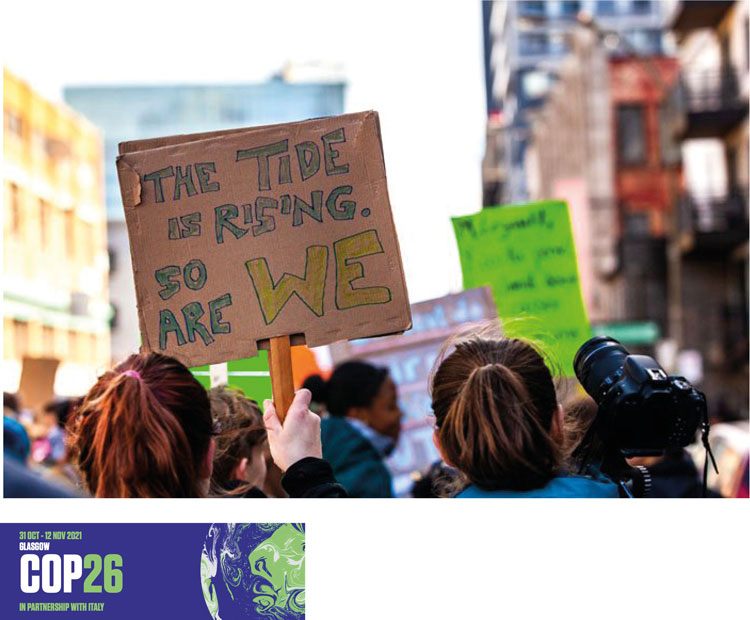 As today sees the finance day at COP26 the global insurance industry is accused of undermining efforts to meet climate targets by continuing to support new oil and gas production.

Activist group Insure Our Future today published its fifth annual scorecard on insurers’ climate policies. It found only three insurers, France’s Axa, Italy’s Generali, and Australia’s Suncorp, have adopted policies to stop insurance for much or all new oil and gas production projects, despite warnings from the International Energy Agency and Intergovernmental Panel on Climate Change that the planet cannot afford any fossil fuel expansion if it is to meet the 1.5°C Paris target.

“While most insurers are stalling on oil and gas, the industry’s exit from the coal sector continues at a rapid pace, with tangible results,” stated the report. “Since 2017, 35 insurers have withdrawn cover from coal, up from 23 a year ago, including over 50% of the global reinsurance market. Coal companies now face soaring premiums, reduced coverage and longer searches to find insurance. U.S. and Bermuda insurers provide the last lifeline to an increasingly un-insurable industry.”

Peter Bosshard, Global Coordinator of the Insure Our Future campaign, said: “The insurance industry is abandoning climate leadership by continuing to underwrite new oil and gas projects. The scientific consensus is clear: we cannot avoid a climate catastrophe if we expand fossil fuel production. Insurance companies need to follow the science and stop insuring all new coal, oil and gas projects if they want to regain their credibility as climate leaders.” US Senator of Rhode Island, Sheldon Whitehouse added: “US insurers continue to underwrite new oil and gas projects and invest in fossil fuel assets that pose a massive risk to the future of the planet, as well as to the insurance industry itself. Insurers hold a lot of influence over the future of fossil fuels, and they have an opportunity to help lead the planet to safety.”

The insurance industry was told it has” a unique power to drive the transition to a low-carbon economy by aligning its business with a pathway to prevent a rise in global temperature above 1.5°C”.

The report revealed while 14 insurers have tar sands exit policies, only 3 insurers have made moves on all oil and gas, “despite scientific consensus on the need to end all fossil fuel expansion”.

Four founding members of the Net-Zero Insurance Alliance (NZIA), Axa, Allianz, Munich Re, and Zurich, provide more than 20% of all oil and gas insurance despite committing to align their underwriting portfolios with a 1.5°C pathway. Axa’s new policy allows it to continue insuring more than half of planned oil and gas expansion.

Lucie Pinson, Executive Director of Reclaim Finance, said: “It’s a mark of shame that none of the members of the Net Zero Insurers Alliance have heeded the call from climate scientists and the IEA to end insurance for new oil, gas and coal projects. Even the new policy from its chair, Axa remains a long way from what science demands, despite constituting a step in the right direction. NZIA members have a special responsibility to lead from the front on climate – we call on them and all other insurers to match and exceed Axa’s commitment by ending support for the expansion of all fossil fuel production.”

Just 10 insurers control about 70% of the global oil and gas insurance market. AIG, Travelers, Zurich, Allianz, Chubb and Liberty Mutual could together end more than half the underwriting of the industry.

“The $18.5 billion insurers receive in annual premiums from oil and gas is only a drop in the bucket compared to their overall revenue, and there are growing financial incentives to act,” The report stated. “French bank Société Générale has reported that insurers with strong coal and ESG policies are adding billions to their value, and that ‘reducing exposure to oil and gas’ could unlock an additional ‘green premium’ for the sector.”

“Treaty reinsurance, a $500 billion-plus global market, remains a major loophole in reinsurers’ exit from coal. While many reinsurers have adopted policies to stop direct coal coverage, only Swiss Re and SCOR have published plans to phase out coal from their treaty reinsurance business while Munich Re and Hannover Re have announced plans but have yet to share any details. Without treaty reinsurance, many of the remaining coal underwriters will likely hesitate to cover the industry.”

Ginger Cassady, Executive Director of Rainforest Action Network, said: “As the global climate crisis escalates rapidly, US insurers have fallen starkly behind their global peers when it comes to taking responsibility for their central role in the fossil fuel economy. While leading global peers are exiting the coal sector and starting to restrict oil and gas business, AIG, Liberty Mutual, Travelers, and other US companies continue to prop up the struggling coal industry and support the reckless expansion of oil and gas infrastructure.”

Just 10 insurers control about 70% of the global oil and gas insurance market. AIG, Travelers, Zurich, Allianz, Chubb and Liberty Mutual could together end more than half the underwriting of the industry.