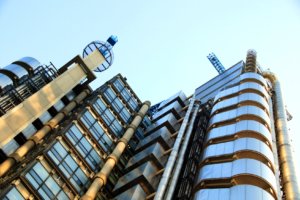 Lloyd’s CEO John Neal has praised the market’s performance after it delivered a £2.3 billion profit for the first half of the year.

However the profit figure was matched by the level of investment income received by the market in the period to the end of June.

The £2.3 billion figure compares to a loss of £0.6 billion for the same period of 2018, which was supported by an investment income of £0.2 billion.

Lloyd’s saw a combined ratio of 98.8% for the first half of the year, 3.3% higher than the 2018 figure. While the top line figure will be seen as a major improvement some will look at the effectiveness of the hard line Lloyd’s took towards the end of last year.

The market forced its syndicates to examine the poorest performing 10% of their business prompting a wave of withdrawal of capacity in certain classes.

Gross written premiums for the period to June 2019 were £19.7 billion, representing a 1.8% increase over the same period in 2018. However, the elimination of foreign exchange rate movements and growth from new syndicates points to a like-for-like year-on-year reduction in premiums of 2.6%.

“This is the net impact of a 6.5% reduction in business volumes as underwriters adjusted their books to improve performance and average risk adjusted rate increases of 3.9%,” said the market in a statement. “The Lloyd’s market also saw a reduction in the attritional loss ratio for the current underwriting year when compared to the 2018 underwriting year at the same point in time. Taken together, these changes reflect the strengthened underwriting discipline being applied in 2019.”

Mr Neal said: “We are pleased to report a profit during the first six months of 2019. It is encouraging that the Lloyd’s market is showing increased discipline in 2019 as evidenced by a reduction in gross written premiums and an improvement in the attritional loss ratio for the current underwriting year. However, we recognise the importance of continued focus on performance management to maintain this momentum throughout the rest of 2019 and beyond.

“At the same time as ensuring that our market can deliver sustainable, profitable growth, we need to make some brave choices on how to meet the expectations of our customers and all our stakeholders in the future. The Future at Lloyd’s strategy will ensure that our marketplace is ready for these challenges and opportunities ahead of us, with the first blueprint to be published on 30 September.”