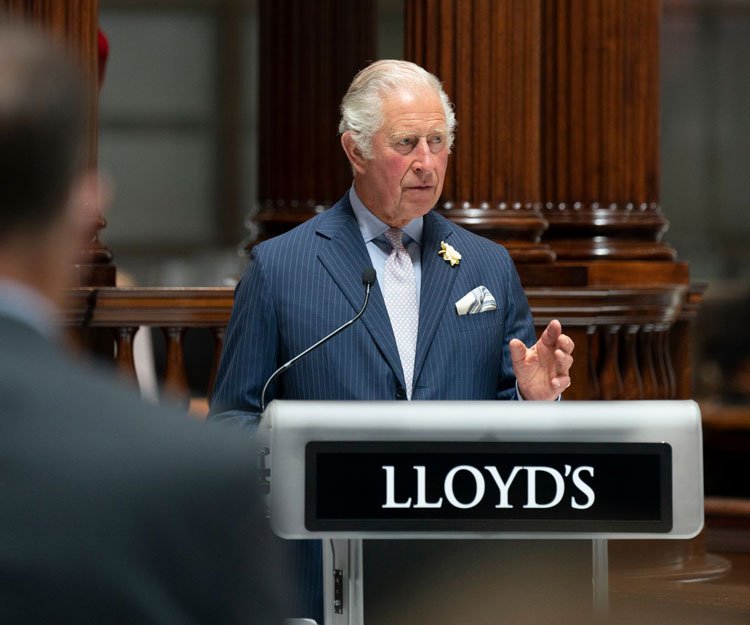 Is there a climate for industry change?

The industry’s news agenda has been dominated in the past week by the further moves to put the underwriters and brokers front and centre of the battle against climate change.

The visit of HRH The Prince of Wales to Lloyd’s a week ago to launch the Insurance Task Force as part of his Sustainable Markets Initiative (SMI) has seen senior figures from the industry talking publicly of a need for action.

Membership of the task force is a who’s who of the industry and they have announced a three pronged attack on the critical issues.

But in his speech The Prince of Wales called on the wider market to play its part.

“What I have always hoped is that the world will properly understand that what we do to the world around us, we do to ourselves,” he said. “This is why we must put Nature at the centre of our thinking. Nature after all has to profit too. If it doesn’t then, with every day that goes by, we curb and compromise the economic health and physical well-being of our children and our grandchildren.

“Indeed, this is why, after many years of attempting to get the message across, I thought it essential, in this moment of critical acceleration – and with the generous and energetic assistance of John Neal of Lloyd’s – to convene an Insurance Task Force, whose membership represents some of the largest insurance and reinsurance companies around the world. Without you, we would not be seeing the investment in, and growth of, renewables, nor the large-scale advances in the private sector that are creating the necessary transition in carbon-intensive industries. But, with time running out, the urgency for action has, I fear, never been so great. With this in mind, I can only ask you to join us in our efforts.”

He added: “If there is one insurance policy we need, it’s the one that guarantees the survival of the natural systems that sustain all life on Earth and us. We have to put Nature at the centre of our entire approach. With your active and committed help, I have no doubt that we will build a better future for the planet and the generations to come.”

For the underwriters the question of climate change has long been a thorny one. Extreme weather events cost the industry money but they also allow rates to be increased and they sell more policies. If you are not prone to hurricanes or flooding then you won’t buy the cover.

Many years ago at the World Insurance Forum in Dubai climate change was a topic for discussion and I asked the then AIG CEO Martin Sullivan why, if these companies were impacting the world’s greenhouse gas emissions didn’t AIG simply cease to underwrite the risks?

His response was simple. “If we don’t someone else will.”

Publicly things have moved on. The pressure from activists, governments, shareholders and regulators have put climate change and ESG at the top of the agenda, but there remains a rub.

The world will be heavily reliant on fossil fuels for decades to come, with many developing economies reliant on oil, gas and coal for large parts of their GDPs.  As such those very firms will need insurance coverage. It is one thing to say that insurers will work with fossil fuel firms to support their transition to renewable energy production, but it is also likely that transformation will only happen when the last oil reserves have been emptied.

Until such time insurers will be the subject of protest and accusation while they still cover risks that are deemed to be at odds with the move to net zero. Internally it will also ride a coach and horses though their own ESG efforts as regulators have made it clear that insurers will be judged not only on their own carbon footprint but also that of their policyholders.

And for all the talk of a withdrawal of capacity, Martin Sullivan was spot on as there remain some in the market who see the fossil fuel firms as a real opportunity while it lasts and would have little compunction picking up the risks that others may see as no longer palatable.

For the underwriters the question of climate change has long been a thorny one. Extreme weather events cost the industry money but they also allow rates to be increased and they sell more policies. If you are not prone to hurricanes or flooding then you won’t buy the cover.

Join me for a webinar with @AssociationDCG on October 27th >> Click here to register >> https://buff.ly/2XCBDR1

.@iiiorg is excited to announce that Triple-I CEO @III_SeanK will lead the Climate Risk and Resilience panel as the moderator at the renowned insurance industry conference @insuretechnow on Tues., Oct. 5, at 2 PM PT, in Las Vegas @MandalayBay: https://bit.ly/3EX3Y51 #ITC2021