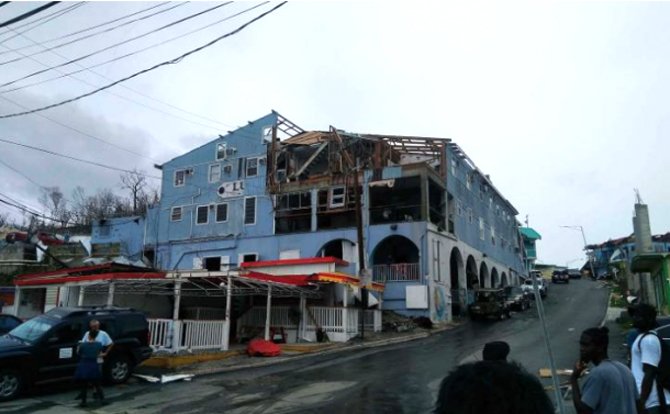 As the 2021 North Atlantic Hurricane season opened this week Caribbean nations are working on a range of risk management plans to mitigate the impact of what is predicted to be yet another above average year.

The hurricane season has been compounded by the continuing challenges and constraints of the COVID-19 pandemic and the aftermath of a major volcanic eruption, according to the World Meteorological Organisation (WMO).

“The triple whammy of hydro-meteorological, health and geological risks has highlighted the need for multi-hazard early warnings in islands on the front-line of climate change and its many impacts. It also once again underlines the need for regional cooperation,” the WMO’s Hurricane Committee for North and Central America and the Caribbean said.

The Hurricane season officially began on 1 June and lasts until 30 November. NOAA’s Climate Prediction Centre forecast a 60% chance of an above-normal season, with a likely range of 13 to 20 named storms of which 6 to 10 could become hurricanes including 3 to 5 major hurricanes (category 3, 4 or 5).

It comes as many parts of the region are still recovering from the record-breaking 2020 Atlantic hurricane season, which had 30 named tropical storms, including 13 hurricanes and six major hurricanes. The Caribbean was also badly hit during the 2019 and – in particular – the 2017 season.

“Developing countries and small islands in the Caribbean and Central America are increasingly vulnerable to the impacts of tropical cyclones, which can overturn years of socio-economic development in a matter of hours. In 2020, we saw this once again with tragic effect,” says Evan Thompson, President of WMO’s Regional Association.

“We cannot prevent this incredible force of nature, but we do have the power to minimize the loss of life and property through cutting-edge forecasts and warnings and strong regional coordination and cooperation,” added Thompson, who heads Jamaica’s national meteorological service.

The WMO said meteorological services will be working closely with health authorities during the 2021 season to adjust the preparedness and readiness plans to the new circumstances and challenges to ensure an effective health response during this complex scenario.

The Pan-American Health Organisation will discuss contingency plans at a meeting on Wednesday.  They face a range of challenges including difficulties guaranteeing social distancing and public health measures in overcrowded shelters, resulting in a higher risk of COVID-19 transmission, as well as an increased demand for health services for a larger group of vulnerable population. This is in addition to the traditional risk of destruction of health facilities and increased demand as a result of extreme weather.

To add to the complexities, the recent eruption of La Soufrière volcano on St. Vincent caused displacement and disruption on the Caribbean Island, destroyed infrastructure and the entire economic base, and generated volcanic debris, with ashfall adversely affecting nearby Barbados, in particular, and Saint Lucia.  The ash was transported as far as Europe and Asia.

A considerable amount of ash was transported into drainage wells, thus increasing the potential for community level flooding during the rainy season. In addition to ash covering many beaches, lahar (violent mudflow form the sides of a volcano) and flood discharges have brought considerable amounts of material to the marine environment which will also need to be addressed.

The Hurricane season officially began on 1 June and lasts until 30 November. NOAA’s Climate Prediction Centre forecast a 60% chance of an above-normal season, with a likely range of 13 to 20 named storms of which 6 to 10 could become hurricanes including 3 to 5 major hurricanes (category 3, 4 or 5).