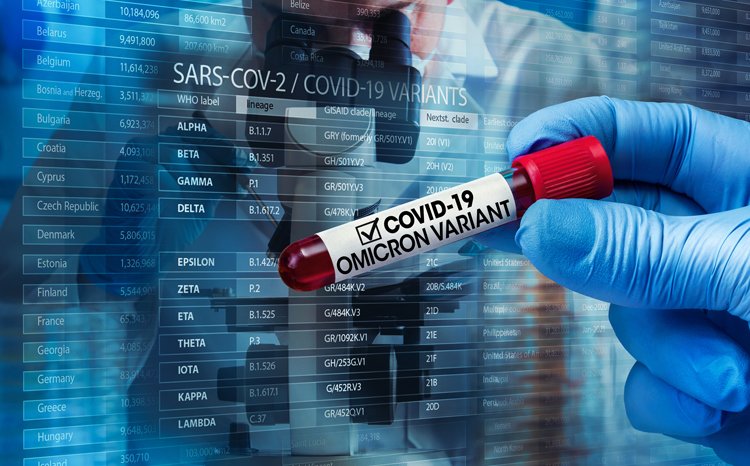 As the UK announced its was to reduce the length of quarantine required for those who test positive for COVID the first study of the severity of Omicron from South Africa has been met with a cautious welcome.

UK Health Secretary Sajid Javid has revealed that the length of time needed to isolate having tested positive will reduce from ten days to one week as long as two negative lateral flow tests results on days six and seven.

The move was described as a “compromise” by one leading scientist, and is said to have been prompted by fears that health and critical services are seeing a huge reduction in staff as many test positive and are forced into isolation.

Dr Richard Tedder, member of the Clinical Virology Network, said that the use of lateral flow tests may come with a degree of uncertainty.

“Overall this is a compromise based on the supposition that a previously infected person who is not shedding viral proteins, in other words has two negative Lateral Flow Device (LFD) tests, is unlikely to transmit coronavirus to contacts,” he said.  “On a balance of probabilities this is probably correct.  Reservations still hold for self-administered LFDs and how a negative result is validated.

“The requirement for two sequential LFDs is a good compromise.  Such assays are far less sensitive than PCR but it is likely that the low level of virus shed by a person who returns a negative LFD, but who might have a positive PCR, would not be a source of virus transmission.  That said, the reagents used in LFDs must be kept under scrutiny as the antigenic changes in the viral proteins that are likely to occur as the virus continues to evolve in the human population might lead to loss of reactivity with the LFD.

“A second reservation is that these recommendations should apply only to those persons who are not known to be immunosuppressed by concurrent illness or therapy where the kinetics of viral shedding may be different.”

It comes as a pre-published, non-peer reviewed study, from South Africa provides the first early assessment of the clinical severity of the Omicron variant in South Africa.

The study indicates that the severity is hugely less than the Delta variant and will result in far less hospitalisation. However, scientists say while the results are encouraged the huge margins for error in the data mean it is not to a level on which decisions can be made around the easing of any restrictions as it continues to spread.

Prof Paul Hunter, Professor in Medicine, UEA, explained: “To my knowledge this is the first properly conducted study to appear in preprint form considering whether or not omicron is more or less likely to cause severe disease than delta.  There were two main outcomes – risk of hospital admission, and also probability of severe disease after being admitted to hospital.

“The authors adjusted for various confounding factors that could influence the results such as age, sex and whether it was a known reinfection.  And for severity of disease after admission they also adjusted for the presence of other illnesses, ‘comorbidities’, and prior immunisation amongst others.”

He added: “The authors found that the adjusted odds ratio for admission was 0.2, roughly equivalent to about an 80% reduction in risk of hospital admission in omicron compared to delta.  They report that the adjusted odds ratio for severe disease outcome in people after hospitalisation was 0.7, roughly equal to about a 30% reduction in risk of severe disease in patients in hospital.  But the confidence intervals were wide and so we cannot say that severity was indeed less in hospital patients with omicron.”

However, Hunter cautioned: “This is an important study but its main weakness is that uses ‘historic controls’.  All omicron cases were identified between 1 October and 30 November 2021 and Delta infections diagnosed between April and November 2021.

“Studies using such historic controls are generally consider weak as the results could be biased by time issues.  So even though cases of omicron were less likely to end up in hospital than cases of delta, it is not possible to say whether this is due to inherent differences in virulence or whether this is due to higher population immunity in November compared to earlier in the year.

“To a certain extent this does not matter to the patient who only cares that they won’t get very sick.  But is important to know to enable improved understanding of the likely pressures on health services.”

Season’s greetings from all at Emerging Risks
Scroll to top