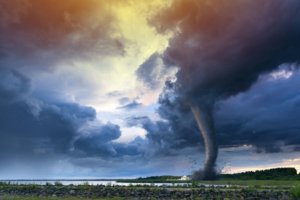 Broker Aon has revealed A range of natural disasters caused over $3 billion in economic losses in the first month of the year.

The firm published the latest edition of its monthly Global Catastrophe Report, which evaluates the impact of the natural disaster events that occurred worldwide during January 2020.

The report reveals that a powerful winter storm across central and eastern areas of the United States early in the month killed at least 12 people and caused total economic losses estimated in excess of $1 billion, with more than two-thirds expected to be insured. The most notable damage resulted from a multi-day severe weather outbreak that saw at least 79 confirmed tornado touchdowns and hail and straight-line winds that affected parts of Texas, Oklahoma, Missouri, Arkansas, Louisiana, Mississippi, Alabama, Tennessee, Kentucky, and Georgia.

Meanwhile, continued heat during January led to additional bushfires in Australia across sections of New South Wales, Queensland, South Australia, Victoria, and Western Australia. The combined death toll for the 2019/20 Australia bushfire season rose to at least 34 amid the destruction of more than 5,900 homes and other structures. The Insurance Council of Australia (ICA) noted that at least 20,000 claims had been filed, with insured losses reaching AU$1.65 billion ($1.1 billion) for the fires that have been ongoing since early November 2019. These totals will inevitably further rise.

Australia was also hit with powerful thunderstorms during the month, resulting in large hail in major metro areas of Australia – including Melbourne, Canberra, and Sydney – causing widespread damage to structures and vehicles. The Insurance Council of Australia reported 69,850 claims filed with estimated insured losses of AU$638 million ($430 million) as of February 4. A majority of claims were filed in the Australian Capital Territory.

Steve Bowen, Director and Meteorologist within Aon’s Impact Forecasting team, said: “Secondary perils continue to ignite further conversations across both public and private sector interests as direct impacts have risen in recent years. The start of 2020 only enhanced the need for more discussions, as record-breaking wildfires persisted in Australia and major inland flood events were recorded in parts of the Europe, the Middle East, and Africa. With humanitarian and property vulnerabilities continuing to be exposed during these events, the need to implement resilience and adaptation measures will only become more imperative. The insurance industry remains positioned to lead in this space.”

Other natural hazard events to have occurred in January include:

From The Sub-Crime to The Ridiculous
Scroll to top