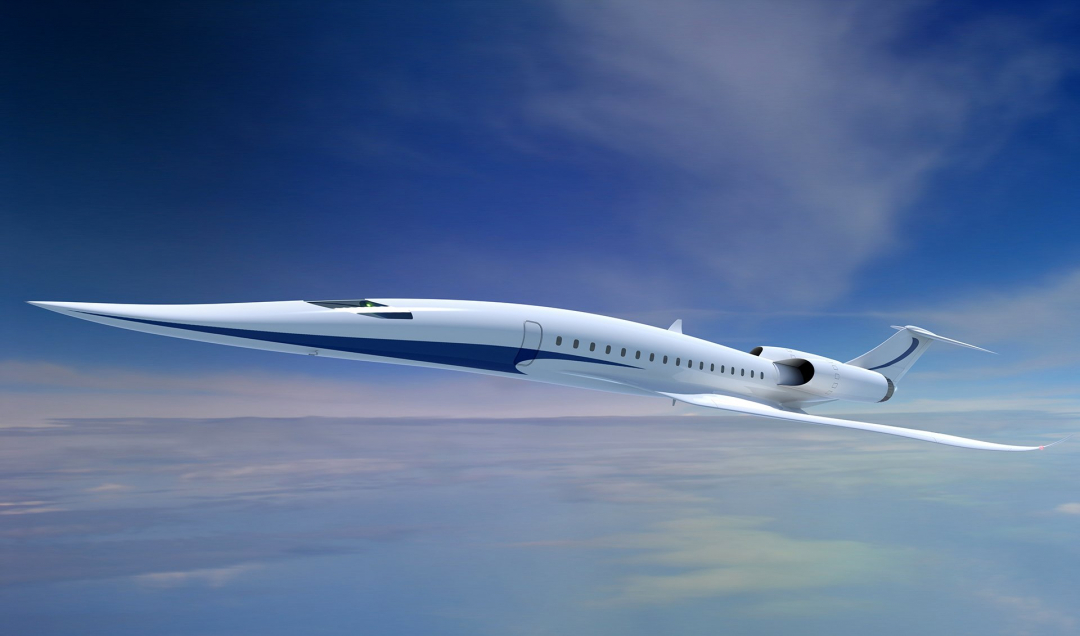 A group of Japanese aviation firms have revealed they are to combine to create a supersonic plane.

Based on this agreement, JAXA, JADC, SJAC, MHI, KHI, Subaru, and IHI have established the JSR (Japan Supersonic Research) Council to discuss activities to formulate a technology roadmap and “realise a cooperation system for international joint development, with the aim of participating in the international joint development of supersonic aircraft that Japanese industry is expected to participate in around 2030”.

The aim is to create supersonic aircraft that fly faster than sound which will significantly reduce flight time and bring about a major transformation in air transport.

However, the firms conceded there remain technical issues around fuel economy and environmental compatibility, and JAXA has been conducting research and development of supersonic solve these problems.
“In addition, there were issues in terms of the system for practical use of these results through the industrial world, but with the establishment of the JSR Council, JAXA and industry were able to build a domestic system to promote R&D in collaboration with JAXA and industry,” the companies said in a statement.

JAXA will lead the activities of the JSR Council and contribute to the expansion of Japan’s aircraft industry through research and development of supersonic aircraft technology that Japan has united.

The teams will be looking at the technology to reduce air resistance and improve fuel economy (from an economic point of view).

In 2005, a flight experiment was conducted at the Woomera experimental site in Australia using the NEXST-1 (Small Supersonic Experimental Aircraft), which applied the shape of a supersonic aircraft that improves fuel economy, demonstrating a technology that can reduce air resistance by about 13% compared to Concorde.

The aircraft design will look to create a smaller sonic boom to lessen any environmental impact.

“Currently, we are working to demonstrate the flight of all robust low boom design technologies, which are key technologies,” it added. “This technology is an aircraft design technology that can reduce sonic booms over a wide range and meet the noise standards of supersonic aircraft. By demonstrating this technology as a flight, it will contribute to the formulation of international standards formulated by the International Civil Aviation Organization (ICAO).”

0
SHARE:
Hydrogen could be a $2.5trillion global investment opportunity