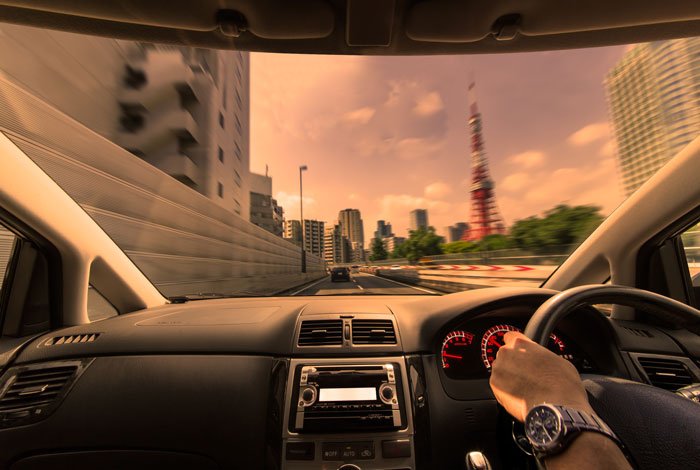 Japanese car manufacturers up the ante on safety technology

Automotive producers in Japan are increasingly turning to new technology in an attempt to reduce claims for drivers, with a focus on the elderly.

Automatic brakes will be required for all new vehicles sold domestically from this year, while a number of  companies from are employing smart technology to make cars more user-friendly for older people.

Toyota recently upgraded its Safety Sense offering, designed to prevent or mitigate frontal collisions as well as keep drivers within their lane.

By using high-resolution cameras on the windscreen and bumper-mounted radars, it can detect oncoming cars or pedestrians and give audible and visual alerts. If drivers fail to respond, automatic braking may be deployed.

The new software also has intersection functionality to help detect oncoming obstacles if a car is making a turn from a stationary position.

Other Toyota Safety Sense features include the correction of unintentional lane departures, automatic toggling between high and low-beam at night depending on surrounding traffic, and the detection of slower-moving cars ahead on a highway and automatic maintenance of a pre-set distance.

Road-sign assistance technology detects stop and speed signs as they’re passed and displays a dashboard alert in case drivers have missed them themselves.

“A society in which the elderly can drive safely is crucial for their active social participation and healthier, fuller lives,” Toyota said. “Our ultimate goal is, of course, to have zero casualties from traffic accidents.”

Subaru Corporation wants to eliminate all fatal accidents by 2030. Like several other automakers, it is using stereo cameras, which have two or more lenses with a separate image sensor for each, providing the ability to capture three-dimensional images.

Called Eyesight, the technology looks ahead and alerts drivers to any danger. Subaru says Eyesight-equipped vehicles are involved in 61% fewer accidents and 85% fewer rear-end crashes. Pedestrian-related injuries are lowered by 35%.

An upgraded version, Eyesight X , went on sale in Japan in November, and has 360-degree sensing and like Toyota’s upgraded tech, has an intersection assist function that can autonomously steer cars away from an impending collision.

Using EyeSight X, vehicles can even change lanes on their own and slow down for toll booths.

Nissan has a similar offering called Propilot that it expects to have in at least 20 models in 20 markets globally by the end of 2023.

Road-sign assistance technology detects stop and speed signs as they’re passed and displays a dashboard alert in case drivers have missed them themselves.