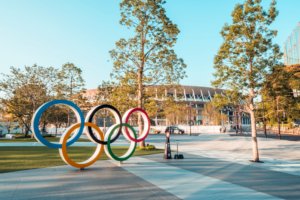 Rating agency Fitch has said if the Tokyo Olympics are forced to be cancelled due to the Coronavirus the financial impact will be limited on the country’s insurers.

The company has issued a new evaluation of the Japanese insurance sector in the shadow of the outbreak. It says Japanese insurers’ biggest risks from the coronavirus outbreak are likely to result from movements in financial markets such as interest rates, equities, credit-spread products, or currencies.

“The spread of COVID-19 from China and the fears of a global recession have led to volatility in global financial markets, which may have a meaningful negative impact on Japanese insurers,” it said. “This will be through increasing investment risks in Japanese insurers’ exposure to foreign credit products with some currency risks and/or exposure to domestic equities, and through worsening asset and liability management (ALM) risks caused by a further flattening of the yield curve amid the sizeable ALM duration mismatch in most Japanese life insurers’ balance sheets.”

Much of the focus in the Japanese market has been around the Olympic Games, due to be staged later this summer.

“Japanese insurers’ event-cancellation and business-interruption insurance products also typically contain exclusion clauses for ‘new’ epidemics, which would include COVID-19, because premium rates tend to become more expensive if the policies cover new epidemics, and most Japanese corporations do not want to pay high premiums for these products,” said Fitch. “The agency therefore thinks any net insured losses through event-cancellation and business-interruption insurance due to the cancellation of the Tokyo 2020 Olympic Games will likely be limited.

“An International Olympic Committee member said the event may be cancelled or postponed if the situation is not under control by end-May. Fitch sees the possibility of cancelling the games increasing gradually while we believe that Japanese non-life insurers have tended to restrain from underwriting business-interruption risks related to new epidemics, based on their prudent underwriting stance so far.”

The company added: “Even if the Tokyo 2020 Olympic Games are cancelled, any potentially significant losses would be borne by corporations in the hotel or meeting, incentive, conferencing and exhibition industry. Fitch estimates that net insured losses by Japanese non-life insurance groups would be well below JPY10 billion for each insurance group, which would have a limited or negligible impact on their profitability. Excluding the possible cancellation of the Olympic Games, we expect the overall net insured losses for Japanese insurers due to business-interruption risks caused by COVID-19 to also be limited.”

Aon Swoop for WTW in $30 billion deal
Scroll to top