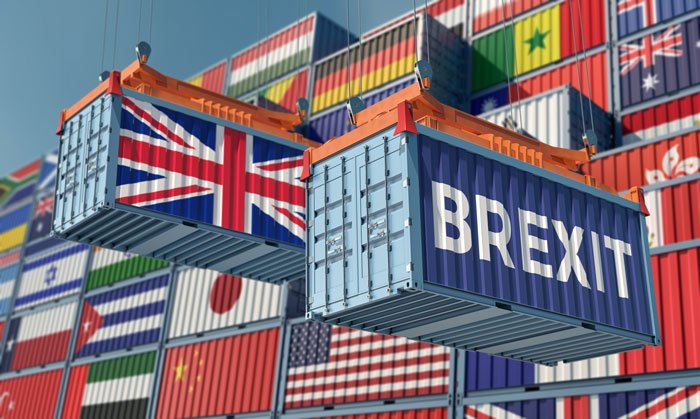 The eleventh-hour Brexit trade deal has left thousands of UK businesses unsure of how they can trade with the EU and is set to cost the country £25 billion.

Trade credit insurer Euler Hermes warned that the uncertainty over a Brexit deal which is still being finalised has left many UK firms unwilling to trade with Europe for fear of falling foul of the new regulations.

Ana Boata, Head of Macroeconomic Research at Euler Hermes, said: “As expected, the EU and the UK reached a very last-minute compromise on Brexit. However, the deal is far from complete and imposed a transition period on the UK side due to the lack of time for preparation. For UK exporters, the lingering uncertainty has resulted in some disruption at the borders since the start of the year, with many small firms suspending overseas trade for the time being and about one in five trucks being turned away at channel crossings, partly because of Brexit paperwork.”

The insurer’s research estimates that Britain’s export-focused businesses will lose between £12 billion and £25 billion (€13.5 billion – €27.3 billion) this year as a result of weak demand, increased red tape and the depreciation of sterling (-3% forecast for 2021).

Should the reality be at the upper end of those estimates it will equate to 1.1% in lost GDP, with mineral and metal products, machinery and electrical equipment, transport equipment, chemicals and textiles likely to be the hardest hit sectors.

The findings, published in “Brexiting in times of Covid-19”, come as British businesses prepare for the UK entering another recession amid the third national lockdown prompted by Covid-19 and for GDP to dip by 5.5% q/q in the first quarter. Euler Hermes’ economists ultimately expect the pandemic and the Brexit transition period to limit GDP growth to +2.5% in 2021 before a further +7% increase the following year, meaning the UK economy won’t return to pre-crisis GDP levels until at least 2023.

It is better news for those EU exporters to the UK as the deal provides a period of six months where the UK will not impose tariffs on goods while it implements the necessary systems.

Euler Hermes said its initial forecast that €18 billion of EU exports to the UK could be lost in the first year following Brexit would be almost reduced by almost 50%.

“The six-month transition period may halve these losses to less than €10 billion,” it explained. “Germany (€2 billion), the Netherlands (€1.2 billion), France (€0.9 billion), Belgium (€0.7 billion) and Italy (€0.6 billion) would continue to be the hardest hit – even if the losses represent less than 0.5% of their total exports.”

Ms Boata added: “While the deal is more advantageous than other free trade agreements as it offers zero tariffs for goods, non-tariff barriers could eventually amount up to 10% due to the exit from the Customs Union. Industries like financial services are also still waiting for an ‘equivalence status’ from the EU, which could take longer than the six months planned.

“The Covid-19 crisis provides some leeway for policy support to absorb the negative impact from Brexit through higher infrastructure spending at the border but also measures to preserve purchasing power for UK consumers, but we expect the UK’s GDP to remain -2% below pre-crisis levels at the end of 2022.”

The insurer added while the figures present a period of difficulty for UK exporters, concerns regarding supply chain continuity are likely to be less severe than previously thought – largely as a result of the pandemic. A recent supply chain survey by Euler Hermes found that UK companies were already seeking to bring their supply chain closer to home, with more than a third (35%) looking for domestic suppliers – a significantly higher rate than in countries including France, Germany and Italy.

The insurer’s research estimates that Britain’s export-focused businesses will lose between £12 billion and £25 billion (€13.5 billion – €27.3 billion) this year as a result of weak demand, increased red tape and the depreciation of sterling (-3% forecast for 2021).