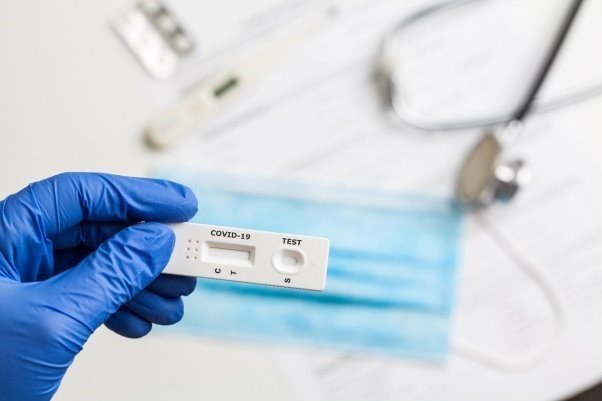 Insurers have been told that a return to work may well depend on the roll out of lateral flow tests (LFT) that hold the key to stopping the spread of COVID.

Leading non for-profit organisation, the World Nano Foundation (WNF) has praised the UK’s investment in LFT adding that they have the ability to test those who may be positive for COVID but are unaware of the fact is vital of lives and the global economy is to be saved.

The organisation promotes healthcare technology and has modelled this effectiveness of LFT, predicting that mass testing is central to future pandemic protection.

Its Co-founder Paul Sheedy said insurers had a role to play in driving the greater use of lateral flow test technology.

“Our research shows how healthcare diagnostics technology will shift dramatically to a more decentralised community early intervention model, against potential epidemics and pandemics,” he said. “Our own COVIDlytics modelling shows that an intensive front line ‘Test to Suppress’ campaign using rapid test kits available to the individual will allow early detection and immediate isolation, reducing the need for lockdowns.

“And our simulation maps how consecutive daily tests for three days can rapidly identify and isolate infectious people. Weekly testing can then sustain a low infection rate even in a large population.

“A key point previously missed by some experts is that high quality rapid lateral flow tests are not for people who already think they have COVID-19; it’s about everyone else testing frequently to check they are not infectious.”

“Used alongside vaccines, hand-cleansing, and social distancing, these simple tests are a vital component in the battle to defeat COVID-19, future variants or other viruses,” explained Mr Sheedy. “Rapid community testing is simpler, faster, cheaper, ultimately more effective and mobilises everyone to help themselves and their relatives, friends, and colleagues – we can all play a part in keeping everyone safe.

“As West Africa reeled under the impact of Ebola (2014-16) the world watched with bated breath to see if the ‘beast’ would go global, but frequent mass rapid testing was deployed at community level multiple times over a few weeks – stopping that terrible disease in its tracks.

“With the work that we do, we know that there are even more exciting technologies on the way that will be central to the world’s fight for pandemic protection and future healthcare. “

He warned: “We have already seen the danger from not being on our guard against renewed viral threats. Spanish Flu struck in 1918 and ultimately killed up to 50 million people in four successive waves, the last two being most deadly because public health warnings were not adhered to.

“The UK Government’s foresight in being first to secure large stocks of rapid lateral flow antigen test supplies by Innova Medical (USA) and SureScreen Diagnostics (UK) may prove to have been a human and economic lifesaver.”

The organisation warned holding back on rapid mass testing is “now a public health emergency extending the war against COVID-19, and the Insurance sector can potentially create safer back-to-work environments and negate the need for future lockdowns through public health adoption of regular use of easy-to-use rapid lateral flow tests in the workplace.”

The UK was first to recognise the large-scale potential and is now deploying 400 million lateral flow rapid antigen test kits alongside the strategy for vaccinations as well as public guidance on masks, hand cleansing and social distancing.

But the value of lateral flow tests (LFT) is being recognised with World Health Organisation Special Envoy on COVID-19, David Nabarro, praising the use of the tests.

“We’ve seen it (rapid mass testing) used in many different locations, particularly for example in trying to keep aircraft free of people who’ve got COVID or looking after major events,” he said. “Using LFTs will keep economies open, health systems safe and allow audiences to attend entertainment and sporting events.”

A leading US mass testing expert, Dr Michael Mina of Harvard University, insisted rapid mass testing had been misunderstood by some: “The UK is one of the only countries that genuinely listened to the science and I spoke with Downing Street about the value of getting mass testing right.”

The UK Government initiative led the way offering LFTs, to essential health workers, the education sector, and local authorities. This mass rapid testing approach to suppressing transmission has now been extended to the workplace, via private sector and industry groups. Early adopters in the UK include the Royal Mail, DVLA and Tate & Lyle Sugars. This is expected to be significant in reducing the need for future lockdowns. Slovakia, like the UK, uses rapid lateral flow antigen tests with great success in their mass testing initiative, with extremely positive results.

Senior researchers at Oxford University found that most sensitive LFTs detected 83-90% of all infectious cases of COVID-19 and, with the UK investing more than £1.5 billion in these test kits so far, Oxford’s Regius Professor of Medicine Sir John Bell underlined the benefit of these removing infectious people from high-risk environments: “They’ve found 25,000 cases just in healthcare, which may have prevented tens of thousands of cases of the disease.”

“PCR is very good at telling you’ve had the virus or got the virus, but it doesn’t tell you whether you are infectious or not and the other problem about the swab test is that it takes a day or two…to get the answer back. The LFT has the enormous advantage of giving you an answer in about 30 minutes,” he explained.

Prof Peto added this allows immediate self-isolation and individuals can also quickly advise their contacts so, “within a few hours, a local outbreak can be detected. This can’t be done with the swab (PCR) tests” adding that LFTs “detect people with high viral loads…the very people who are infectious.”

The UK was first to recognise the large-scale potential and is now deploying 400 million lateral flow rapid antigen test kits alongside the strategy for vaccinations as well as public guidance on masks, hand cleansing and social distancing.

Technology will revolutionise the life of the industry
Scroll to top