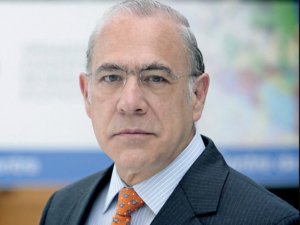 Life Looking up But Disparity Grows

The OECD has issued a new report which has found life has generally improved for many people in OECD countries over the past 10 years but inequalities persist.

The latest How’s Life? Report also warns that insecurity, despair and disconnection affect significant parts of the population, according to a new report despite household disposable income per capita has risen in more than half of OECD countries since 2010.

It added employment rates are up by nearly 5 percentage points on average for people aged 25-64 (today, almost eight in ten adults are in paid employment), and fewer people are working very long hours.

Life expectancy has lengthened in most countries since 2010 while the number of households living in overcrowded conditions has fallen. Murder rates are down by around one quarter since 2010 and people generally feel safer on the streets. Recent surveys also suggest people in more than one-third of OECD countries are more satisfied with their lives, relative to how they felt in 2013.

Although two-thirds of people in OECD countries continue to be exposed to dangerous levels of pollution, air quality is improving.

OECD Secretary-General Angel Gurría (pic) said: “The gains that we have seen in well-being are a source of optimism, but they are uneven within and across countries and are still at risk, notably in view of the environmental developments. The coronavirus epidemic that is now spreading to so many countries is also affecting not only our health, but also our social lives. With the economic impacts already beginning to take hold, it will also affect people’s incomes and livelihoods. This is especially true for those in precarious jobs with few safety nets to catch them in the event that they cannot go to work.

“Governments need to take action to protect the most vulnerable – both in terms of their health, but also in terms of financial vulnerability.  To secure future well-being, there is no alternative but to build up long-term protections and preparedness against risks.”

However, the report’s extensive data shows that not all aspects of well-being have improved: median household wealth and the performance of school students in international science tests have fallen, while housing affordability, voter turnout and income inequality have stagnated since 2010.

People in the top 20% of the income distribution still earn over five times more than people in the bottom 20%. More than 1 in 3 OECD households are financially insecure, meaning they would be at risk of falling into poverty if they had to forgo three months of their income.

How’s Life? also shows a sense of disconnection both in relations between people, and between citizens and their government. The time people spend interacting with friends and family has fallen by 7% since 2010, according to the available data. 1 in 11 people say they do not have relatives or friends they can count on for help in times of need. While trust in government has improved on average since 2010, still less than half of the population across OECD countries trust their institutions.

The report reveals 7%of people in OECD countries report very low satisfaction with their lives, and 1 in 8 experience more negative than positive emotions in a typical day. Deaths from suicide, acute alcohol and drug abuse are higher among men, but in over a third of OECD countries, mortality rates from these causes have been rising among women. Overall, these “deaths of despair”, while a small share of overall deaths, are three times higher than fatalities from road deaths, and six times higher than deaths from homicide.

The greatest improvements in current well-being have often been concentrated in countries that have been catching up since the start of the decade, many of them in eastern Europe. By contrast, resources for future well-being – such as economic, natural and social capital – have often seen a widening of the gap across OECD countries, with top-performers pulling further away, and problems deepening among those already struggling.

Although gender pay gaps have reduced slightly in a number of countries, women still earn on average almost 13% less than men and work almost half an hour longer every day when both paid and unpaid work (such as housework and caring responsibilities) are taken into account. Inclusive decision-making remains a distant goal: women hold just one-third of all seats in OECD parliaments. Meanwhile, men spend on average 40 minutes less per week in social interactions than women and are more likely to say they lack social support.

In 2018 the consumption of the average OECD resident produced fewer carbon emissions than in 2010 but used more of the Earth’s materials – the total OECD material footprint increased by 1.2 tonnes per capita to 25. Only 10.5% of the OECD’s energy mix comes from renewable sources, and in almost half of OECD countries thousands of species are at risk of extinction. Household debt in almost two-thirds of OECD countries exceeds annual household disposable income and has increased in a third of member states since 2010.