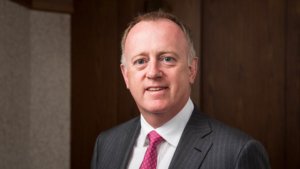 The senior management at Lloyd’s have said they will release the results of the survey into the market’s culture in ten days.

Speaking in Monaco CEO John Neal (pic) and Chairman Bruce Carnegie-Brown said that the market will come down hard on anyone found to be acting in a way which breaches the market’s inclusion culture.

Lloyd’s copied a similar survey that is undertaken by the UK banking industry and the results will be published in the coming weeks.

“Without going into detail the results of the survey are not surprising but are sobering,” explained Mr Neal.

Mr Carnegie-Brown added: “The results will be published to coincide with the start of the DiveIn festival. It was sent to 40,000 people in the market and we have received 6,000 responses.”

The main feedback from the consultation was around gender imbalance and a fear of speaking out he added.

“It is about attracting and retaining talent and as such we have to create a culture in which talented individuals want to work,” explained Mr Carnegie-Brown.

He added that as the market looks to encourage people to come forward and speak out if they have concerns around the behaviour of those in the market there is every likelihood that “we may look to be going backwards before we go forwards, in terms of getting people calling out bad behaviour”.

“We didn’t know how rife the problem was because we didn’t hear about it as it was not being called out.”

As such the market will come down hard on those found to be behaving badly.

Mr Carnegie-Brown said in some ways there was a hope that the market would identify a number of people who have behaved in a way that is unacceptable. As such the market will punish them to a point where it will act as a deterrent to others.

“As a regulator of the market we have the powers to take action.”

Mr Neal said the market’s three core initiatives, addressing the culture, the Future at Lloyd’s prospectus and the work on ensuring poorly performing business is eradicated from the market, all had to be delivered.

“Two out of three will not be seen as a success by us,” he said.