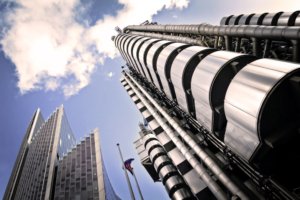 UK regulator, the Prudential Regulatory Authority, (PRA) is to introduce tough new oversight of the Lloyd’s market after it was revealed staff have been unable to anonymously raise concerns for two years.

The PRA issued a statement this morning in which is highlighted that Lloyd’s had revealed to the regulator a number of failures in its whistleblowing systems.

It is believed that the failure was a result of human error, around a whistleblowing hotline rather than a systems failure and has now been rectified.

The hotline in question is designed to enable Lloyd’s Corporation staff to raise any public interest concerns anonymously. Organisations operating in the Lloyd’s market all have their own whistleblowing arrangements.

In a statement the PRA said: “Following the Society of Lloyd’s (the firm) self-identification and disclosure to the PRA that aspects of its internal whistleblowing systems and controls had been ineffective for a period of time, the PRA has concluded that these arrangements require enhanced monitoring and scrutiny.

A Lloyd’s spokesperson said: “We are extremely disappointed by this failure in our internal controls, which serves to remind us all about the need for constant vigilance when it comes to these essential services. Lloyd’s employees can feel confident that we now have all the right mechanisms in place for them to report any wrongdoing, and that these systems are regularly monitored.”

The hotline is one of several ways staff at the Corporation can raise concerns. Staff can also access a dedicated and monitored whistleblowing email address, and also approach the market’s Whistleblowing Champion, who is a non-executive director.