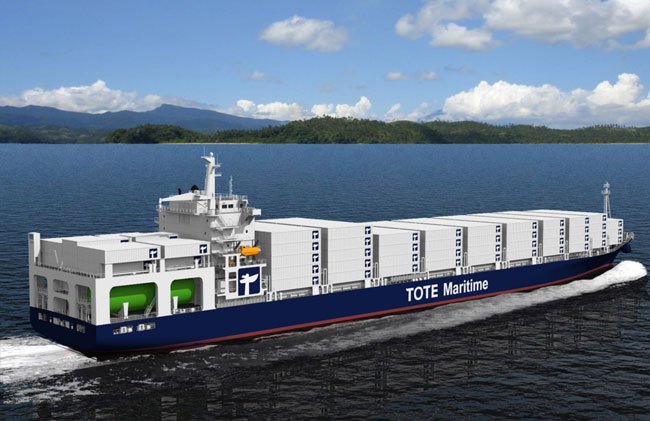 The use of Liquid Natural Gas (LNG) is the only viable option for the world’s maritime fleet to drive towards reducing carbon emission targets, experts have said.

Speaking in an event organised by the UK P&I Club, Saunaki Rai General Manager of FuelLNG  said the industry had to realise that if the marine transportation sector wanted to lower emissions the only viable option was the increased use of LNG.

Mr Rai said other fuels that had been suggested were beset with problems. Ammonia-based fuels would not only be highly toxic, but the manufacturing infrastructure was not in place and to use ammonia would put the market in competition with the global agricultural industry which use the chemical in fertiliser.

Hydrogen is viewed as an option but again it is explosive and the infrastructure is not in place.

“The discussion around hybrid vessels with batteries is ongoing but it would be for coastal vessels, rather then ocean going vessels due to the size of the batteries needed,” he explained.

Mr Rai added: “The use of LNG would require no adaption of a vessel’s infrastructure.”

At present there are 188 LNG-powered vessels in service with the majority smaller coastal vessels, however there are a further 308 on the world’s newbuild orderbooks.

The UK P&I Clubs, Director of Risk assessment, Ansuman Ghosh, said at present the industry was moving towards the greater use of LNG as a cleaner energy source for a number of reasons.

“The discussion over LNG needs to continue. There are a range of issues that still have to be addressed and the industry does not have a greater deal of time before it needs to be seen to have taken action.”

0
SHARE:
COVID vaccine has to be distributed equally warns WHO