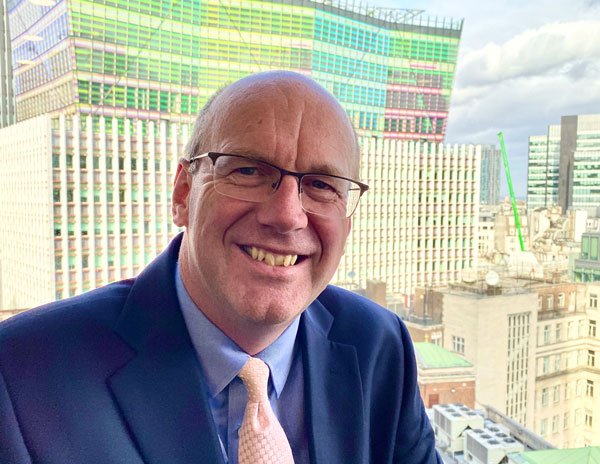 International Underwriting Association (IUA) CEO Dave Matcham has hailed the resilience of the association’s member companies as he revealed premium income for the London company market jumped by 20% in 2020.

The association has published its London Company Market Statistics Report which reported  large commercial and wholesale risks worth £27.97 billion were written in the City last year, with a further £5.162 billion completed in offices elsewhere, but overseen and managed by London operations.

While the combined figure delivered a premium of £33.13 billion, The IUA said the impact of Brexit was still being felt with premiums from the EU falling by £1 billion.

However Matcham (pic) added he believed the fall was the hangover for firms which were late organising their response to Brexit explaining that the £5.1 billion of premium from the EU recorded this year was likely to be the benchmark for the post Brexit  trading.

“We saw a fall of nearly 30% from the 2018 figure of £8.8 billion in 2018 to £6.19 billion in 2019 and this year the figure was £5.16 billion,” he said. “Many of the companies in London had planned for a no deal Brexit and had established European subsidiaries which is why the figure fell so dramatically in 2019. However, there were some that have been slow to react and that is reflected in the fall we have seen in 2020. I would expect that figure to steady out in the years to come as firms now have their systems in place.”

The uptick in the overall figure was down to a number of factors according to Matcham.

“A favourable rating environment has helped both the renewal of existing contracts and new business acquisition,” he explained. “Despite the constricting influence of the Covid-19 pandemic the company market has expanded overall with 2020 representing a first year of substantial business for certain new entrants.”

The report also delivered evidence of business being transferred from the Lloyd’s market. Around half of the IUA’s 71 members also operate a Lloyd’s platform. The trend is particularly noticeable for marine and aviation contracts where, for the first time since the survey began 11 years ago, business recorded by IUA members now exceeds that for Lloyd’s managing agents.

Looking to the year ahead Matcham said the IUA and its membership would continue to address the emerging risks that threatened their clients.

“It will be all the Cs,” he said. “Cyber risk continues to be an issue as does climate and culture.

“We are working hard to ensure that the market is providing the cover that meets the need of the emerging risks its clients face.

“The insurance industry has a big role to play in the efforts to combat the threats to the world’s climate and we will be working with our members to look at ways in which we can help companies with their transition to new ways of operating.

“London is still working hard on the issues around culture and diversity & inclusion. These are the same priorities that we have identified for this year and they will not change. They are not simply annual issues.”

“Many of the companies in London had planned for a no deal Brexit and had established European subsidiaries which is why the figure fell so dramatically in 2019. However, there were some that have been slow to react and that is reflected in the fall we have seen in 2020. I would expect that figure to steady out in the years to come as firms now have their systems in place.”