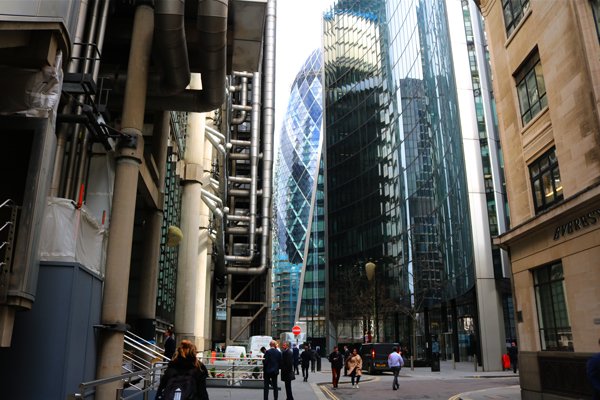 The moves towards a September re-opening of the London market have continued with Lloyd’s announcing plans to unlock its doors on 1 September.

However, like many in the company market One Lime Street will be a hugely different place than it was before it shut up shop in March.

There will be less than half the normal staff, with a focus on technology to limit face to face interaction and those feeling thirsty or hungry will have a click and collect option at the market’s coffee house.

Deep cleans will be the order of day and there will be terminals everywhere to allow users to interact online as much as possible. There will also be one-way systems in place to ensure smooth movement around the building.

Work towards an electronic trading operation will continue as talk abounds of the creation of a virtual underwriting room.

A connectivity bar will be the new help desk to guide the market around the new systems for working. Those entering the building are to be told to be braced for temperature checks in order to cut down the chance of the virus being spread across the boxes.

Elsewhere in the London market companies and landlords are wrestling with the challenges of making their offices as “COVID proof” as possible in preparation for the return of staff.

Whilst the move to remote working has been seen as a huge success since the social distancing rules were enforced in the UK, it has not gone without any challenges.

The biggest issue remains the ability of staff to communicate with each other and their clients.

The 1 June renewals passed off without major incident. However, brokers and underwriters alike are concerned that whilst they can maintain their existing relationships, new business generation has been a far harder nut to crack without the ability to meet face to face or exchange ideas and information with their fellow workers.

“Offices will very much likely be half full when they return in September,” one City landlord told emerg-in.co.uk. “Desks can be reorganised and some removed but the softer side of working in an office is proving to be a bigger problem.

“Communal kitchens and break out spaces will have to remain closed so staff will struggle for food and drink in their buildings. There may well be pressure on the food and drink outlets in the City.

“The biggest complaint I am hearing from staff is they don’t know when the pubs will be back open and they’re jokingly saying they don’t want to return until they do!”