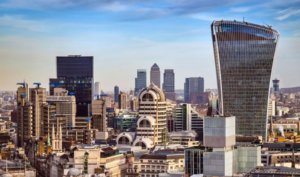 The London market culture row has taken a new twist with reports that an underwriter is set to be sued by its former lawyer.

The Bloomberg newswire has reported that the lawyer who blew the whistle on alleged sexual harassment and bullying at Tokio Marine Kiln Group was set to sue the firm for what he called a campaign of harassment, racial discrimination and victimisation.

Ifeanyi Okoh has filed a complaint with an employment tribunal. In it he claims that he was branded mentally unstable and motivated by financial gain after he sent senior managers an email in April criticising what he called a culture of fear and harassment at the firm.

Bloomberg ran a story earlier this year after it obtained a copy of the email Mr Okoh sent to TMK Chief Executive Officer Charles Franks and others after several current and former employees approached him to complain about abuse they had endured or witnessed at the firm, including unwanted sexual touching and stalking.

The newswire approached TMK and a spokeswoman said the company couldn’t comment on the specifics of Mr Okoh’s harassment complaint.

“We have a clear whistle-blowing policy in place and are committed to a working environment where all employees feel safe to speak up, without any retribution,” the spokeswoman said. “We do not tolerate the victimisation of any whistle-blower and are committed to promoting diversity and inclusion at every level of the business. We acted promptly on the original allegations made by the whistle-blower, and a thorough and independent investigation into these is well underway.”

The spokeswoman also said TMK has taken a number of steps to ensure a “safe, empowering and respectful workplace.” A spokeswoman for Lloyd’s said the insurer is satisfied that TMK is taking the reports of abuse “extremely seriously.”

In September Lloyd’s issued the results of its survey into the culture at Lloyd’s which found one in eight of the respondents claims they had witnessed sexual harassment in the past year.

Lloyd’s CEO John Neal said at the time the market would not shy away from excluding individuals or companies that failed to adhere to the market’s standards of behaviour, diversity and inclusion.

Swiss Re Warns on Economic Growth Rates
Scroll to top