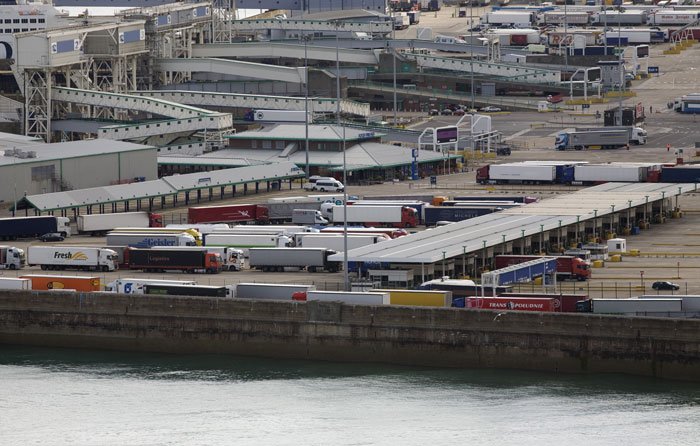 Testing lorry drivers at ports is on the agenda as the UK looks to resolve the border closures which have clogged up one of Europe’s most important trade routes.

The UK’s Home Secretary Priti Patel said potentially testing lorry drivers at ports was “part of the discussions that the transport secretary is having with his counterpart in France right now”, and added: “Getting those tests up and running can happen relatively quickly.”

EU member states are understood to be pressing for UK arrivals to be tested for the virus before entering their countries.

Lorry drivers in Kent have spent a second night sleeping in their vehicles waiting for the border with France to reopen.

France shut the border for 48 hours on Sunday  20 December over concerns regarding the UK’s new virus variant, which is significantly more infectious than previous strains and has led to the imposition of strict new Tier 4 lockdown measures in London and much of Southeast England.

The government said 945 lorries were stacked up near Dover on Monday night – but the number now seems to be much higher.

Patel’s comments come as British Prime Minister Boris Johnson’s government is working with France in an attempt to find a way to resolve the issue.

Much of the world has closed borders to the United Kingdom over recent days after London identified the  highly infectious new coronavirus strain, with France shutting its border to arrivals of people and trucks from Britain and causing huge supply chain issues.

However, there is hope that the situation could soon be resolved, with French Europe Minister Clément Beaune saying that Britain and France would announce a deal to restart freight by Wednesday 22 December.

Patel was more circumspect. “We speak to our colleagues in France constantly on a range of issues and that work has been underway over the last 24 hours and we’ll continue today,” she told Sky.

Asked if there would be a resolution today, Patel said: “We’re working to get a resolution. It’s in both our interests to ensure that we have flow.”

With the United Kingdom in effective COVID quarantine just 9 days before it is due to exit informal EU membership, one of the biggest changes in post-World War Two British history, there are reports that some shoppers stripped shelves in supermarkets.

Commenting on the situation, the  Association of British Insurers (ABI) said the latest Covid restrictions and the impact of the travel delays on freight transport are raising a number of questions for the sector:

“We understand this is a challenging time for businesses and we’re keen to provide as much clarity as possible for those querying whether goods in transit cover will apply to any perishable items affected by the delays.

“Goods in transit cover primarily provides cover for damage to goods from an insured peril – such as due to a vehicle accident, or loss or theft of the goods. Cover is available for stock deterioration, but this usually covers breakdown of refrigeration equipment as opposed to cover for delays in transit.

“In general, loss damage or expense caused by delay are a standard exclusion, but we would recommend that those affected review their policy wording and if unsure, speak with their insurance broker, or insurance provider.”

Coral bleaching reaching point of no return
Scroll to top