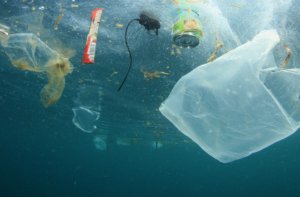 Over 100 environmental organisations have today launched what they say is a rescue plan for the world’s oceans.

In all 102 organisations, led by Seas At Risk, BirdLife Europe, ClientEarth, Oceana, Surfrider Foundation Europe and WWF are launching the “Blue Manifesto”. The document lays out concrete actions which must be delivered by set dates in order to turn the tide on the ever-degraded and polluted ocean and coastlines.

Monica Verbeek, Executive Director at Seas At Risk said: “The ocean covers 70% of the Earth’s surface, mitigates climate change and provides oxygen – it is the planet’s support system. To perform its vital functions the ocean needs to be healthy and populated with life. We call on the political leaders of the EU to bring the ocean at the core of the political agenda and make a healthy ocean a reality. The joint Blue Manifesto launched today is the Blue answer to the European Green Deal.”

The Manifesto calls for:

“The situation in marine ecosystems around the world is dire, as stressed by recent reports released by the UN Intergovernmental Panel on Climate Change and by the UN Intergovernmental Science-Policy Platform on Biodiversity and Ecosystem Services,” said the launch statement. “Urgent action is needed and Europe can play a leading role in facing this challenge. Heeding the recommendations presented in the Blue Manifesto will put Europe on the right track to protect and restore the ocean, which is under increasing threat and on which life on Earth depends.

Pascale Moehrle, Executive Director of Oceana Europe said: “The EU has more water than land surface and, as a world economic power, should lead by example. EU seas are extensively used and need to be restored to their former abundant state rather soon. The EU must urgently act to ensure that all fishing is sustainable. It is in the hands of EU decision-makers to take action. Vibrant oceans mean healthier global ecosystems.”

Samantha Burgess, Head of Marine Policy at the WWF European Policy Office said: “Urgent action must be taken to ensure the resilience of our ocean in the face of the climate emergency, beginning with the restoration of marine biodiversity.  A network of Marine Protected Areas covering at least 30% of the ocean with long term budgets and management plans, alongside planned and sustainable management for the remaining 70%, will support thriving marine ecosystems. The EU must ensure effective policy implementation to deliver this vision.”