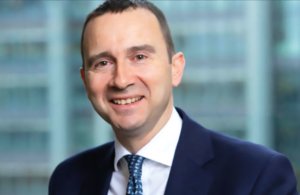 Marine Insurers Seek Sustainability and not Just for Pricing

The President of the International Union of Marine Insurance (IUMI) has said the maritime industry is starting to turn, but that challenges around structural change and risks from new technology remain.

Richard Turner (pic) was speaking in London at the end of their organisation’s two day Winter Meeting where he said the common theme chosen for its annual conference in September had been deliberately less negative than those which had been used in the previous three years.

“Our common theme for the conference will be navigating changing climates – delivering expertise to shape the future,” he explained. “The previous three conferences has slightly challenging and negative themes.”

Mr Turner said: “This is a cyclical business and as such it remains influenced by supply and demand. The structure of the business is now being shaped by the digital age. Technology will effect change in this industry for insurers and their customers in the long term.”

He added that climate change and changing weather patterns have a profound effect on the maritime sector and with it the underwriters which seek to mitigate the industry’s risks. As such climate change and sustainability will feature in the work of the organisation in 2020 and beyond.

“We have undertaken a member’s survey around the issues of sustainability and the results have made it clear that our members are continuing to encourage us to build on the work we have already carried out around sustainability,” said Mr Turner

“It is a clear issue in terms of the risks we insure,” he added.

Already regulatory efforts to enhance environmental protection and sustainability were having an effect with the global sulphur cap on fuels now in place, and with it fears around the threat of machine and engine claims from the impact of cat fines in the fuel. It has also prompted a demand for scrubbers which has been impacted by the closure of some Chinese shipyards due to the outbreak of the coronavirus.

IUMI has also renewed its campaign with the International Maritime Organisation around the ineffective rules on the firefighting facilities that are required onboard the ever increasing size of container vessels.

The start of the year has seen major losses caused by fires onboard. IUMI has undertaken a study of 56 fire incidents between 2000 and 2015 and found that those fires alone have cost the maritime industry $1 billion.