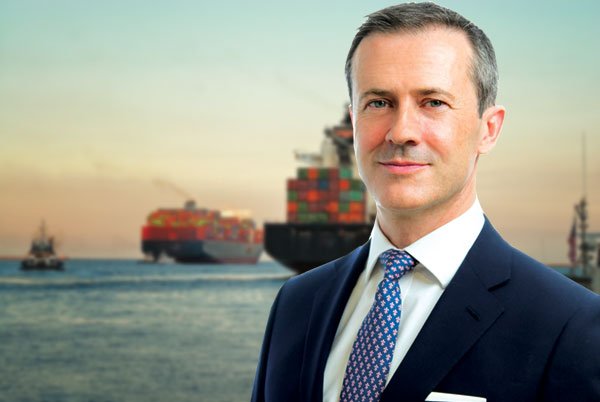 Marine underwriters have been told not to mistake lower loss ratios for an uptick in performance as the COVID pandemic continues to bite.

Philip Graham, (pic) Chair of the International Union of Marine Insurance’s (IUMI) Facts & Figures Committee warned the lower trade levels caused by the global recession had seen fewer marine claims. However, trade was picking up and hardening reinsurance rates would also play a part in the marine insurance sector’s fortunes.

Speaking in the latest of the organisation’s podcast series Mr Graham said: “Underwriters have to ensure they avoid thinking we are in a false dawn and with it create some sort of false hope around their performance for the year.

“The level of claims has been impacted by lower levels of trade, but that trade in now picking up and returning to near normal levels. There are concerns at present that we are entering a second wave of the COVID pandemic and with it a renewed series of lockdowns, so we have to wary as to how that will impact in the maritime industry.”

He added: “The industry has always struggled with costs and on the costs side we had a report at our annual conference last month that reinsurance rates were set to harden at 1 January, given that the reinsurers have been more heavily affected by the pandemic than the primary markets. Therefore, we have to be braced for hardening reinsurance rates on 1 January.”

Mr Graham said the COVID pandemic has had a limited impact on the insurance market given the fall in claims levels due to less activity and also a fall in asset values and freight rates.

However, he warned there were long term issues for marine insurers.

“There has and will be a marked impact as a result of COVID for our clients,” he explained. “Maritime trade has fallen from 13 billion to 12 billion tonnes for the year and this is likely to have a long-term impact on the cargo market. Oil price volatility is also having an impact on the offshore energy industry.

“The biggest and most visible impact has been on the world’s cruise industry which has almost come to a standstill. We are already seeing a marked increase in the scrapping of cruise vessels, which is something we haven’t seen in a long time. “