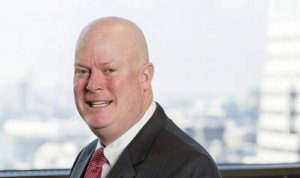 The Chair of the International Union of Marine Insurance’s (IUMI) Cargo Committee has said the maritime sector needs to better understand the threat posed by severe weather.

Sean Dalton (pic) was speaking during a Webinar hosted by the organisation around whether extreme weather events were now the new normal said the impact of such events on vessel losses and claims was tangible.

Mr Dalton warned that the threat of severe weather remains a major cause of vessel and cargo loss.

He said: “For insurers the more we know the better job we can do for our customers. Extreme weather and its impact is a common theme across a lot of losses.

“What remains a concern is that extreme weather is increasing in severity but thankfully not frequency.”

Mr Dalton said thirty percent of accidents are caused by poor weather and the threat is not specific to vessel type.

“Navigation in extreme weather places a huge stress on a vessel,” he said. “Research has found that it is the equivalent to towing an immense load up a mountain in terms of the pressure it places in a vessel and its systems.

“There is also the threat of the loss of stability which makes up to 24% of casualties.”

He added 67% of casualty causation in poor weather was down to human error.

“Vessels are getting bigger and more complex as ship-owners look to deliver economies of scale. Climate change it here, it is real and it is now a question of how can we slow it.”

“Weather routing should be used to avoid heavy weather to ensure the safety of the crew, the vessel, and the cargo,” he said. “We need to ensure there is better communication around the need for awareness that the threat from extreme weather is real.

“As the master of vessel he or she has the ability to make the decision over re-routing to avoid severe weather and this needs to be an option that is taken sooner rather than later when faced with a choice.”

Climate expert Stefan Sobolowski, of NORCE and the Bjerknes Centre for Climate Change said the evidence was that the world’s climate was now at a point where sea temperatures were rising.

“We are also seeing more energy in the atmosphere than we have ever seen before and the atmosphere also has the capability to hold more moisture than previously,” he said. “As we see temperatures increase you get more category four and five storms at the expense of category one events.”

The future is now,” he said. “We are already experiencing the future and as we saw last year areas such as the Pacific Basin and the north Indian Ocean had their most costly years on record.”

SHARE:
Industry Battens Down the Hatches in Face of Pandemic