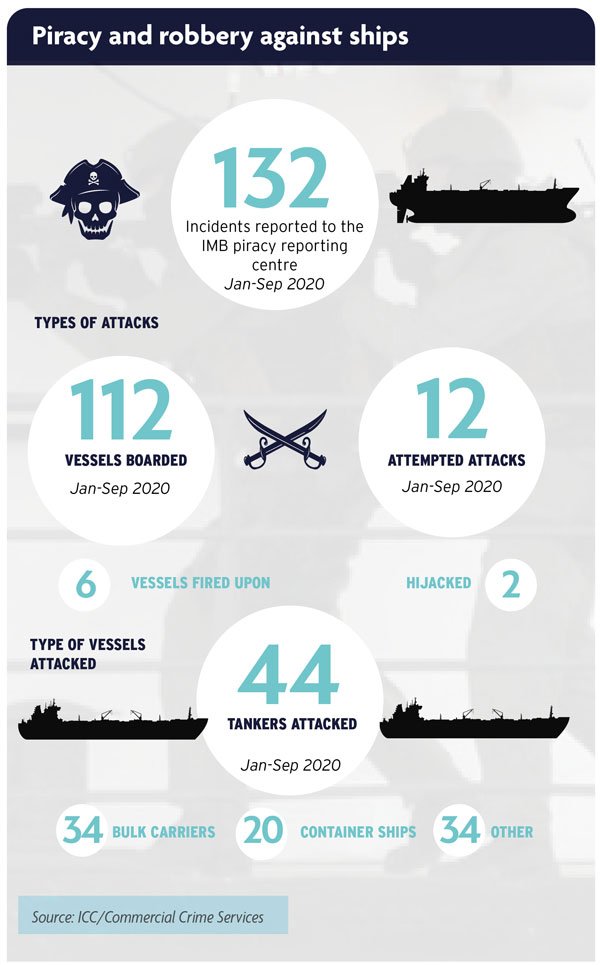 Piracy and armed robbery on the world’s seas in the first nine months of 2020 has increased, according to the International Maritime Bureau (IMB), with a 40% increase in the number of kidnappings reported in the Gulf of Guinea, compared with the same period in 2019.

IMB’s latest Global Piracy Report details 132 attacks since the start of 2020, up from 119 incidents in the same period last year.

Of the 85 seafarers kidnapped from their vessels and held for ransom, 80 were taken in the Gulf of Guinea – in 14 attacks reported off Nigeria, Benin, Gabon, Equatorial Guinea and Ghana.

In the first nine months of 2020, seafarers reported 134 cases of assault, injury and threats, including 85 crewmembers being kidnapped and 31 held hostage onboard their ships. A total of 112 vessels were boarded and six were fired upon, while 12 reported attempted attacks. Two fishing vessels were hijacked, both in the Gulf of Guinea.

The IMB noted that pirates armed with guns and knives are abducting bigger groups of seafarers at further distances off the West African coast.

“Crews are facing exceptional pressures due to Covid-19, and the risk of violent piracy or armed robbery is an extra stress,” said Michael Howlett, director of the IMB, whose Piracy Reporting Centre (IMB PRC) has responded to reports and shared data since 1991.

“While the IMB liaises with authorities swiftly in case of a pirate attack, we encourage all coastal states and regional cooperations to take responsibility for ensuring maritime security within their exclusive economic zone to achieve safer seas and secure trade.”

With approximately 95% of global kidnappings reported from within Gulf of Guinea waters, the  IMB warned that pirate gangs in the area are “well organized and targeting all vessel types over a wide range”.

The furthest attack from shore also involved the most crew kidnapped from a single vessel in 2020.

The tanker was left drifting with limited and unqualified navigational and engine crew onboard. A nearby merchant vessel later helped the tanker to sail to a safe port. 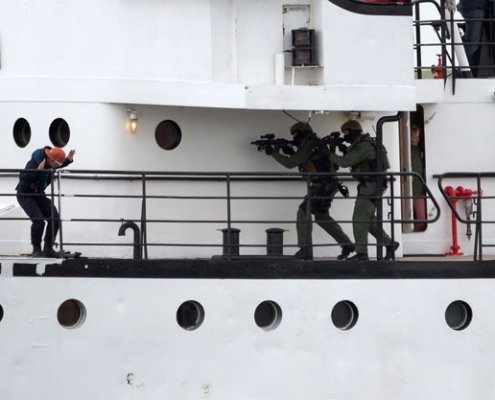 In the first nine months of 2020, seafarers reported 134 cases of assault, injury and threats, including 85 crewmembers being kidnapped and 31 held hostage onboard their ships.