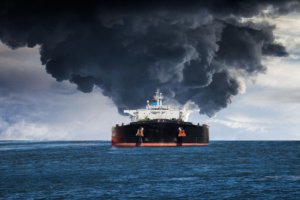 The world’s seafarers are becoming increasingly fearful of criminalisation across the world according to maritime professionals’ union, Nautilus International.

The union has warned of the growing effect of criminalisation in the industry after almost 90 per cent of seafarers revealed the issue concerns them and two thirds said it impacted on the way they felt about working in shipping.

Nautilus has issued a report into criminalisation at its 2019 General Meeting, held in Rotterdam this week. It found a quarter of 612 seafarers surveyed by the Union identified the issue as a truly global one, saying they did not feel safe from criminalisation anywhere in the world – a change from the Union’s 2010 survey when member concerns centred around Northern America, Europe and Africa.

Pollution was noted as becoming an increasingly important issue for seafarers, as well as the media, and was identified as the biggest issue that respondents believed they could be criminalised for. Most respondents revealed they believe the public and political reaction to a spill affects the likelihood of being treated unfairly, with many speaking of the fear of being held criminally responsible for circumstances which were out of their control.

Respondents noted the case of the Prestige tanker, which sank in 2002, polluting the Spanish coastline, as an example that contributes to their fears. It was widely acknowledged that the public and media outcry, along with a desire to hold someone to account, led to the ship’s master being convicted and sentenced to two years’ imprisonment for recklessness leading to catastrophic environmental damage 14 years later.

The report forms the basis of Nautilus’s fair treatment campaign, which is committed to raising awareness of the issue of criminalisation at sea and providing practical support for seafarers. The Union’s support network includes a 24/7 helpline, a worldwide network of lawyers and the JASON advice and assistance scheme (Nautilus Federation’s Joint Assistance & Support Network), run in partnership with Nautilus Federation unions. The Union has also developed a new mobile app, giving members instant access to advice following an incident at work.

Mark Dickinson, general secretary of Nautilus International, said: “The seafaring industry is truly unique, and this unfortunately means that sometimes workers find themselves in situations that simply wouldn’t happen in the vast majority of other professions.

“Thankfully, the number of prosecutions in the industry remains relatively low but even minor brushes with the law can be quite frightening, especially as they often occur a long way from home, with no support.

“That is why we’re committed to tackling the issue head on, working with members to understand their concerns and taking action to address these. We’re very proud of our app, which will provide crucial support including information on local laws and where members can access support wherever they may be working.

“We cannot let the voice of our seafarers on the impact of the fear of criminalisation be ignored.”

Employers Urged to Act on Suicide Risk
Scroll to top