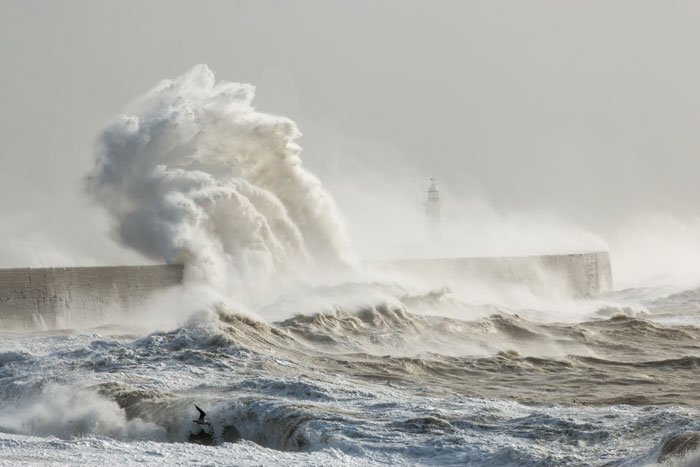 Researchers in the UK have created a model they say will dramatically enhance the ability to track the impact of coastal erosion across the planet.

As coastal communities across the world increasingly face up to the huge threats posed by a combination of extreme storms and predicted rises in sea levels scientists at the University of Plymouth have developed a simple algorithm-based model which accurately predicts how coastlines could be affected.

They say the use of the system will enable communities to identify the actions they might need to take in order to adapt and will enhance the ability to map the timeline for future erosion in the face of ongoing climate change.

“The Forecasting Coastal Evolution (ForCE) model has the potential to be a game-changing advance in coastal evolution science, allowing adaptations in the shoreline to be predicted over timescales of anything from days to decades and beyond,” said the research team.

The broad range of timescales means that the model is capable of predicting both the short-term impact of violent storm or storm sequences (over days to years), as well as predicting the much longer-term evolution of the coast due to forecasted rising sea levels (decades).

Dr Mark Davidson, Associate Professor in Coastal Processes, developed the ForCE model having previously pioneered a traffic light system based on the severity of approaching storms to highlight the level of action required to protect particular beaches.

He said: “Top level coastal managers around the world have recognised a real need to assess the resilience of our coastlines in a climate of changing waves and sea level. However, until now they have not had the essential tools that are required to make this assessment. We hope that our work with the ForCE model will be a significant step towards providing this new and essential capability.”

The computer model uses past and present beach measurements, and data showing the physical properties of the coast, to forecast how they might evolve in the future and assess the resilience of coastlines to erosion and flooding.

The team said unlike previous simple models of its kind that attempt forecasts on similar timescales, ForCE also considers other key factors like tidal, surge and global sea-level rise data to assess how beaches might be impacted by predicted climate change.

“Beach sediments form our frontline of defence against coastal erosion and flooding, preventing damage to our valuable coastal infrastructure. So coastal managers are rightly concerned about monitoring the volume of beach sediment on our beaches,” they added. “The new ForCE model opens the door for managers to keeping track of the ‘health’ of our beaches without leaving their office and to predict how this might change in a future of rising sea level and changing waves.”

Model predictions have shown to be more than 80% accurate in current tests, based on measurements of beach change at Perranporth, on the north coast of Cornwall in South West England.

It has also been shown to accurately predict the formation and location of offshore sand bars in response to extreme storms, and how beaches recover in the months and years after storm events.

As such, researchers said it could provide an early warning for coastal erosion and potential overtopping, but its stability and efficiency suggests it could forecast coastal evolution over much longer timescales.

The computer model uses past and present beach measurements, and data showing the physical properties of the coast, to forecast how they might evolve in the future and assess the resilience of coastlines to erosion and flooding.

Cybercrime “easier than ever” warns expert
Scroll to top