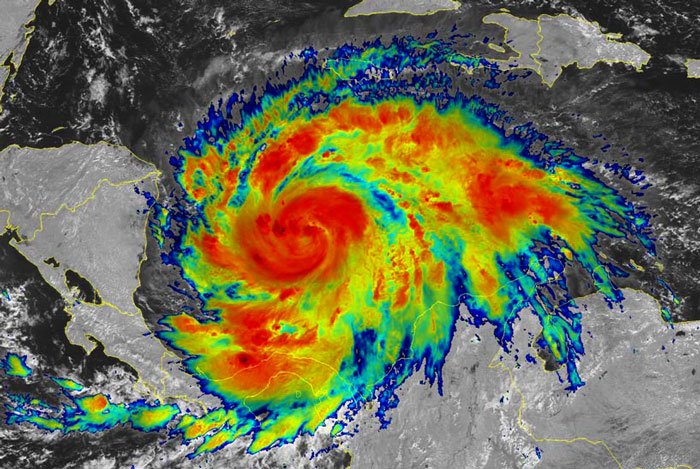 Most powerful Atlantic storm of 2020 weakens on approach to Nicaragua

Hurricane Iota, which had intensified to become a category five storm and the most powerful in the Atlantic this year, weakened as it made landfall on the northeast coast of Nicaragua on Monday night (16 November).

Iota reached land with powerful winds of up to 155 mph, bringing the threat of catastrophic winds, flash floods and landslides to swathes of Central America, according to the latest update by the US’s National Hurricane Center (NHC):

“This is a catastrophic situation for northeastern Nicaragua with an extreme storm surge of 15-20 ft forecast along with destructive winds and potentially 30 inches of rainfall.”

“In addition, the situation is exacerbated by the fact that Iota is making landfall in almost the exact same location that category 4 Hurricane Eta did a little less than two weeks ago.”

The hurricane made landfall just around 15 miles south of where Hurricane Eta hit, also as a category four storm, on 3 November even as aid work continued to reach communities cut off by destroyed roads and bridges.

“What’s drawing closer is a bomb,” President Juan Orlando Hernández of neighbouring Honduras said during a news conference, while neighbouring El Salvador has also declared a “red alert”, suspending most activities and releasing relief funding for the storm.

According to the NHC, Nicaragua and Honduras are expected to see storm surges of as much as 15 to 20 feet (4.6 to 6.1 metres) above normal tides. However, it is expected to weaken quickly after making the landfall.

The hurricane is also expected to dump at least 30 inches of rain in the affected areas in the next few days as its progress slows down inland, forecasters say.

Iota is the second-fiercest category five storm ever recorded in the Atlantic basin in November, after a 1932 hurricane that devastated Cuba, according to AccuWeather.