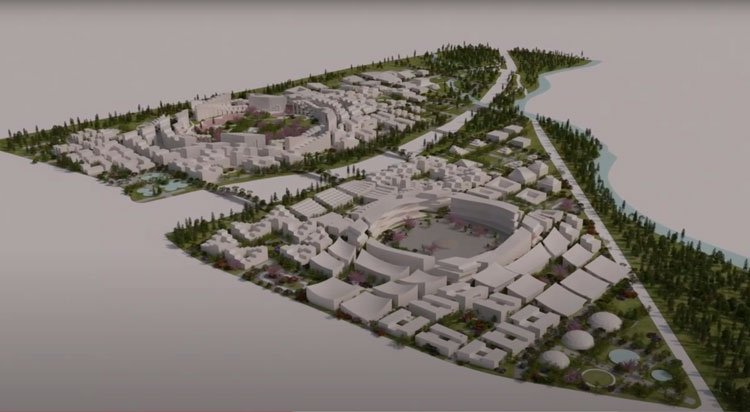 Motor manufacturer Toyota has revealed it will partner with ENEOS Corporation (ENEOS) to explore the utilisation and application of hydrogen energy at Woven City, the prototype city of the future.

The city has been developed by Toyota in Susono City, Shizuoka Prefecture, to build a society in which people “can enjoy a happy, healthy, and sustainable life”.

ENEOS and Toyota, together with Woven Planet Holdings (Woven Planet), a subsidiary of Toyota, leading the Woven City project, intend to conduct testing and demonstration in areas related to a hydrogen-based supply chain, from production, delivery to usage of hydrogen, in and around Woven City. The partners aim to help achieve a carbon-neutral society by 2050 in line with Japan’s and many other countries’ commitments.

ENEOS is a leading hydrogen business, operating 45 commercial hydrogen refuelling stations in the four major metropolitan areas in Japan. In anticipation of a fully hydrogen mass-consumption society and to promote the overall low-carbon use of energy, ENEOS is also developing technologies that facilitate hydrogen production and building an entire supply chain based on CO2-free hydrogen.

Positioning hydrogen as one of the most viable clean energy sources in the future, Toyota has invested in hydrogen and fuel cell technology and its popularisation through efforts to apply the technology in various mobility including passenger cars, commercial vehicles, industrial vehicles (e.g. forklifts), trains, and ships, as well as stationary generators.

In its efforts to develop a hydrogen solution Toyota has installed a hydrogen engine in a racing vehicle based on Toyota’s Corolla Sport, which it will enter in competition under the ORC ROOKIE Racing banner starting with the Super Taikyu Series 2021 Powered by Hankook Round 3 NAPAC Fuji Super TEC 24 Hours Race on May 21-23.

By honing its under-development hydrogen engine in the harsh environment of motorsports, Toyota said it aims to contribute to the” realization of a sustainable and prosperous mobility society”. Hydrogen engines generate power through the combustion of hydrogen using fuel supply and injection systems that have been modified from those used with gasoline engines. Except for the combustion of minute amounts of engine oil during driving, which is also the case with gasoline engines, hydrogen engines emit zero CO2 when in use.

The partners said in Woven City, they intend to promote carbon neutrality in everyday mobility, people’s lives, and within the infrastructure of the city itself as well as to raise awareness of hydrogen among resident families and visitors.

Woven Planet is responsible for the planning of Woven City with Toyota and the following four areas are to be explored by the companies via the collaboration:

Katsuyuki Ota, president of ENEOS said, “We strongly support Toyota’s bold vision for demonstrating technologies of the future through Woven City and are delighted to participate in the project. We believe that hydrogen energy will play an integral role in the realization of carbon neutrality on a global scale and that Toyota is at the forefront of developing a fully hydrogen-based society. By working together with Toyota to fully explore hydrogen’s potential, we believe we can make a significant contribution to the creation of new hydrogen-based lifestyles. I sincerely hope that by demonstrating Woven City’s approach across the globe, we can accelerate our progress toward a new, more sustainable energy future.”

Akio Toyoda, President and CEO of Toyota Motor Corporation, explained: “We are very pleased to have ENEOS as our core partner to validate the hydrogen society in Woven City. As Japan’s leading integrated energy company, ENEOS has demonstrated its valuable expertise in all vital processes from hydrogen production to sales and we are confident they have the holistic perspective we require for success. To realize a hydrogen-based society, in addition to the evolution of individual technologies, it is essential to seamlessly integrate all the processes of production, delivery, and use. We will continue to work with ENEOS and the local community to develop the base unit of hydrogen throughout Japan and around the world. Our ‘Human-Centred approach’ to the real world of Woven City will help us fully explore the practical details of hydrogen-based lifestyles and technologies.”

ENEOS is a leading hydrogen business, operating 45 commercial hydrogen refuelling stations in the four major metropolitan areas in Japan. In anticipation of a fully hydrogen mass-consumption society and to promote the overall low-carbon use of energy, ENEOS is also developing technologies that facilitate hydrogen production and building an entire supply chain based on CO2-free hydrogen.