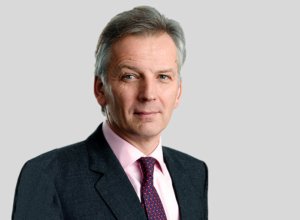 Mitsui Sumitomo has announced it is to close MS Amlin Plc and bring the firms remaining business under the direct control of its Japanese insurance group.

For some months MS Amlin, has undertaken a review of its ongoing strategy which has seen its withdrawal from a number of lines of business. It has now been announced that the ongoing business will continue under a new operating model.

It will see Simon Beale (pic) step down from the role of MS Amlin Plc CEO.  He will continue as an executive officer of MSI. In addition, James Illingworth will step down as Chief Underwriting Officer but will continue his current non-executive directorships in the near term.

MS Amlin said: “The operating model simplifies and enhances strategic and operational oversight.  It has also been designed to support the implementation of MS Amlin’s new underwriting strategy, announced in September 2019, that involves redeploying its capital and management focus to its three core markets of reinsurance, specialty and domestic specialty markets in continental Europe. In addition, it assists MSI in building value across its international network by increasing efficiency, expanding its offerings to clients globally, using international talent to greater effect and ultimately driving improved financial performance and growth.”

“As a result, from 31st December 2019 Simon Beale will step down from the role of MS Amlin Plc CEO.  However, Simon will continue as an executive officer of MSI. In addition, James Illingworth will step down as Chief Underwriting Officer but will continue his current non-executive directorships in the near term.”