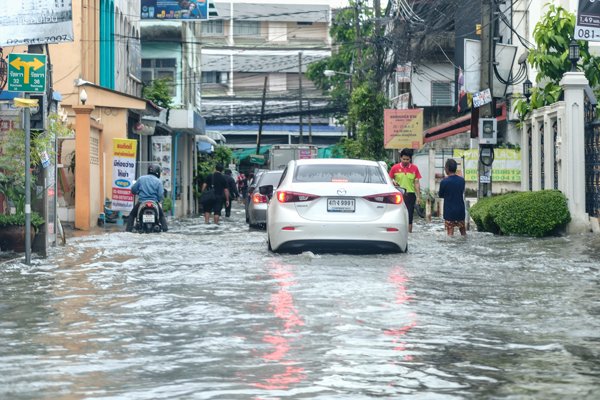 A team of researchers has warned the world cannot seek to solve the threats created by climate change in isolation if they are to have any chance to create successful future strategies.

The research which was co-led by a Washington State University scientist offers an alternative way to understand and minimize health impacts from human-caused changes to the climate and environment.

Based at WSU Vancouver, lead author Deepti Singh, assistant professor in the School of the Environment, drew on hundreds of studies of climate change, air quality, agriculture, and public health to propose a “systems lens,” or scientific approach, which connects health risks with simultaneous environmental changes driven by human practices.

“The health consequences of air pollution, climate change, and transformations in agriculture are often discussed separately,” Singh said. “But these issues are all related—they have similar sources, and each one affects the others. Agricultural activities contribute to air pollution and affect regional climate patterns, while farm production and quality of crops are sensitive to air quality and climate conditions.”

Collaborating with researchers at Columbia University, the Indian School of Business, Boston University, and the University of Delaware, Singh studied the current impact of climate change in South Asia, where rapid industrialisation and modern farming practices have aided economic development and increased food production, but also compromised multiple dimensions of human health.

“We’re offering a framework to assess the overall health impacts from multiple parts of Earth’s natural systems, which are all changing simultaneously because of human activities,” Singh explained. “The research could help identify policies and solutions that will have multiple co-benefits for the environment and human health.”

“Our work sheds new light on the ways that food systems affect, and are affected by, climate change and air pollution,” said Kyle Davis, co-author and assistant professor at the University of Delaware.

The scientists said as part of the study they reviewed multiple examples of health impacts from changes in climate, air quality, and agricultural output, as well as co-benefits and unintended consequences of efforts to curb emissions and save water, for example. They found these examples share the need for better tools and local, high-resolution data on health, weather, emissions, air pollution, and land use to better measure human and environmental impacts.

“This study points out how useful and effective policy responses need to take multiple factors and interactions into account, and highlights the problem with simplistic explanations,” said Ashwini Chhatre, co-author and associate professor of public policy at the Indian School of Business.

The study explained the use of fossil fuels, burning of crop residue, and changes to the landscape from expansion and intensification of agriculture have contributed to extremely poor air quality in South Asia, changed the main source of rainfall, the summer monsoon, and also increased health risks for nearly a quarter of the world’s population living in the region.

“Late autumn is ‘pollution season’ in north India, and also brings vicious debates in our society about who and what are contributing to it,” Chhatre said.

“While the climate benefits of reductions in greenhouse gas emissions we make today may not be felt for decades, our approach shines a light on some of the immediate health benefits, as well as unintended consequences, of policies that aim to minimize human impacts on climate and the environment,” Singh added.