Munich Re Subsidiary NMU is to cease to underwrite marine trade business from the end of next week.

The company has written to brokers and existing clients to say it will cease underwriting from 1 February but has agreed a deal with Navigators & General that will see the insurer, part of the Zurich Group assume the book of business.

The statement from NMU chief Underwriting Officer Paul Hiscoe said: “I am writing to inform you that from 1st February 2020 we will cease to renew or write new business in relation to our commercial Marine Trade combined business.

“We are pleased to advise however that agreement has been reached with Navigators & General (part of Zurich Insurance Group), which will see a renewal rights transfer for this book of business.”

The statement added: “NMU will be working very closely with Navigators & General to ensure a smooth transition for 2020 renewals.” As part of the deal the NMU Marine Trade team will TUPE across to Zurich.

NMU stressed that the decision will only affect its Marine Trade combined business. The firm will continue the service and run-off of existing marine trade policies, including claims, until expiry.

The move comes less than two weeks after Beazley announced it would exit the UK marine market.

In announcing the move Beazley said; ‘The UK regional marine insurance market has been under pressure for some years with low margins posing a challenge for insurers, including Beazley. Following a strategic review of our UK regional marine portfolio we have taken the difficult decision to stop underwriting UK regional cargo, freight liability and commercial hull. This applies to both new and renewal business with immediate effect. All new and renewal business quoted will be honoured, if incepted or renewed, for the duration of the policy.

“This decision does not affect our London market marine book and we continue to underwrite pleasure craft business via our online broker platform myBeazley.”

Writing for emerg-in.co.uk Gerry Sheehy CEO of Specialty MGA Fiducia at the time of the Beazley announcement said underwriters had brought much of the problems om themselves by failing to take a stand against pressure from some brokers on commission levels and pricing.

“For too long the brokers’ demands for excessive levels of commission have been a contributory factor in the demise of a number of these carriers with instances of brokerage nearer 40% representing the norm rather than the exception,” said Mr Sheehy. “The Lloyd’s market has been toughening its stance on poorly performing business and the marine classes have been the forefront of those efforts.

I am aware that some national deals with a number of carriers where earnings which are in the form of commission/overriders/service agreements where  payments to brokers are approaching 50%.”

“As a company Fiducia has been vocal about the fact that these levels of payments to brokers are unsustainable.

But it is not a one way street. Underwriters have to take their share of the blame for the state the market currently finds itself in.

There is a clear responsibility and burden on those underwriters who simply failed to stand up and resist the brokers’ demands.

The days when the market has been writing for volume at any costs have gone. Marine underwriters are fighting their corner with their underwriting peers in other classes for capacity and the result for those who failed to deliver a sustainable pricing is now clear for all to see.” 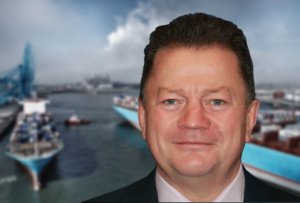 “For too long the brokers’ demands for excessive levels of commission have been a contributory factor in the demise of a number of these carriers with instances of brokerage nearer 40% representing the norm rather than the exception.”
Gerry Sheehy CEO of Specialty MGA Fiducia.