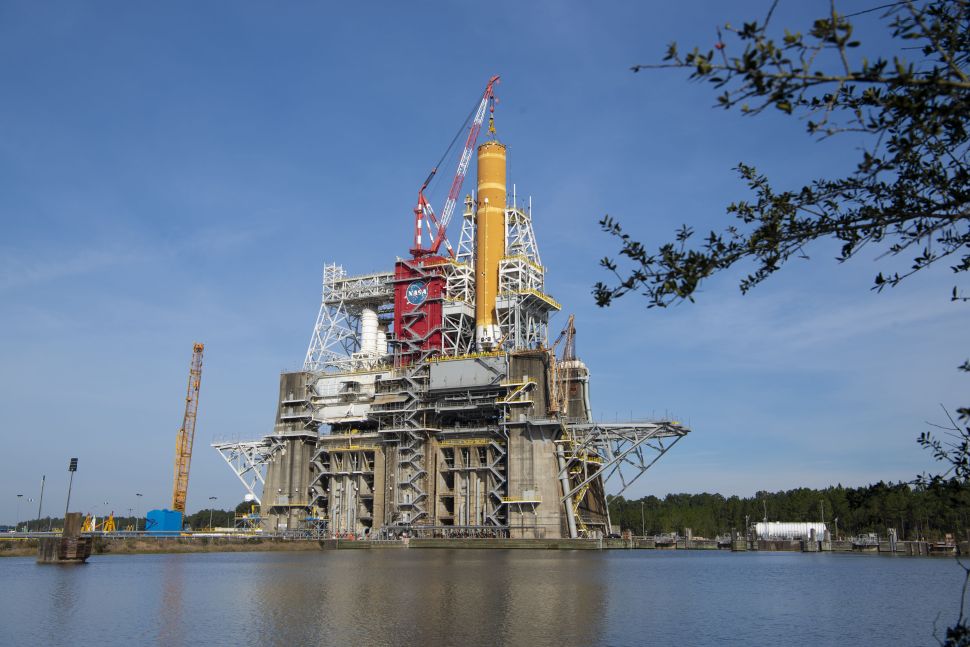 Nasa has denied that a critical engine test for its new Space Launch System (SLS) rocket, which took place over the weekend, was a failure.

The core stage of the SLS was being evaluated at Stennis Space Center, in Mississippi, with engines supposed to fire for eight minutes to simulate the rocket’s climb to orbit.

However the engines only burned for just over a minute before the event was aborted.

The SLS is part of Nasa’s Artemis programme, which aims to put Americans back on the lunar surface in the 2020s.

John Honeycutt, SLS program manager at Nasa’s Marshall Space Flight Center in Alabama, said there were “a lot of dynamics going on” when the engine shut down.

“We did see a little bit of a flash come from around the interface between the thermal protection blanket on engine four at the time when we had initiated the gimbal,” Honeycutt told reporters at a post-test briefing at Stennis.

The as-yet unknown problem triggered what Nasa calls a failure identification (Fid), followed by a major component failure (MCF). As a result of the fault, an onboard computer known as the engine controller sent a message to another computer called the core stage controller, which took a decision to shut down the vehicle.

“Any parameter that went awry on the engine could have sent that failure ID,” said John Honeycutt.

It was the first time all four RS-25 engines had been ignited together, in a test known as a “hotfire”.

The core stage for the SLS measures some 65m (212ft) from top to bottom, and consists of the liquid-fuelled core stage – with four powerful RS-25 engines at its base – and two solid fuel boosters which are strapped to the sides.

The fully assembled vehicle provides the massive thrust force necessary to blast astronauts off the Earth and send them towards the Moon.

Under Nasa’s Artemis programme, the next man and the first woman will be despatched to the lunar surface in 2024. It will be the first crewed landing on Earth’s only natural satellite since the Apollo 17 mission in 1972.

Aside from the engineering data it will generate, the current tests demonstrate the power of the SLS. The engines are the same ones that powered the now-retired space shuttle orbiter and can generate 1.6 million pounds of thrust, which is roughly the same as six 747 airliners at full power.

The SLS core stage is outfitted with three flight computers and special avionics systems that act as the ‘brains’ of the rocket.  It has 18 miles of cabling and more than 500 sensors and systems to help feed fuel and direct the four RS-25 engines.

The stage has two huge propellant tanks that collectively hold 733,000 gallons of super-cooled liquid hydrogen and liquid oxygen. The stage weighs more than 2.3 million pounds when it is fully fuelled.

0
SHARE:
Industry urged to review role in slavery and exploitation