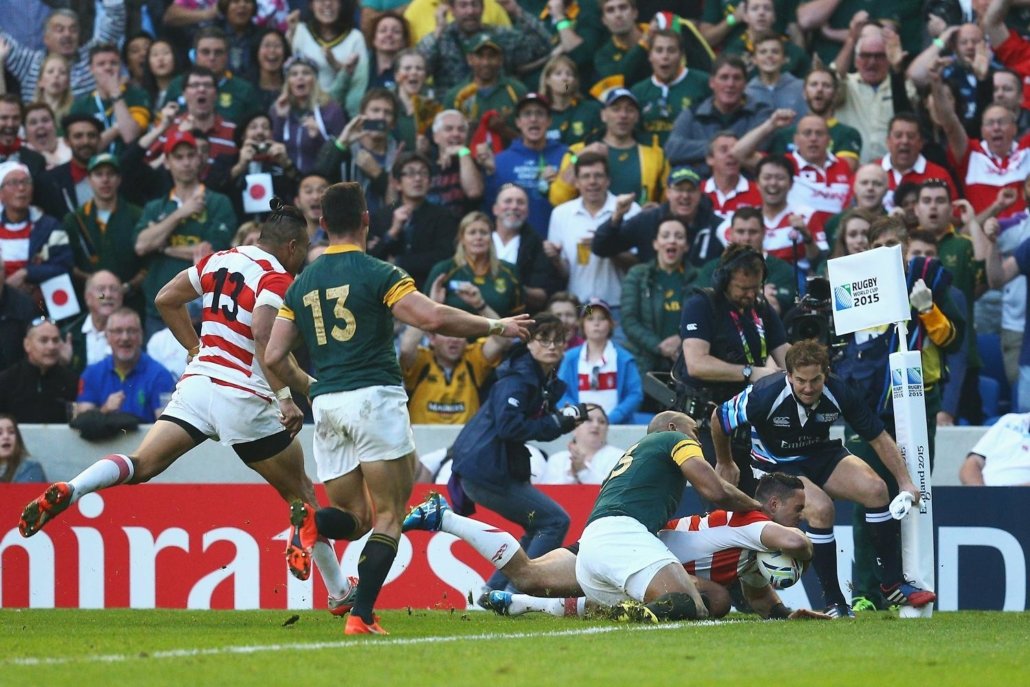 The world’s rugby authorities have been urged to introduce new safety protocols following the publication of new data that found almost a quarter of professional rugby players have brain anomalies.

The Drake Foundation is calling for immediate changes in rugby protocols to ensure the long-term welfare of elite players, following the release of their latest research.

The Drake Rugby Biomarker Study was funded and instigated by The Drake Foundation found that around a quarter of elite adult rugby players had changes in their brain structure, specifically in the neuronal wiring (white matter) and blood vessels of the brain, and 50% showed an unexpected reduction in brain volume.

Foundation founder James Drake said: “I have been passionate about sport since I was a young boy but I have seen in recent years how the power of sport has intensified and the very obvious effects that can have on elite athletes.

“I have invested in research into the relationship between head impacts in sport and player brain health for almost a decade because I have been concerned about the long-term brain health of sportspeople, including elite rugby players.

“Common sense dictates that the number and ferocity of impacts, both in training and actual play, need to be significantly reduced. These latest results add further support to this notion, particularly when coupled with existing findings across sport and anecdotal evidence.

“Since rugby was professionalised in the 1990s, the game has changed beyond all recognition. Players are now generally bigger and more powerful, so we have to be mindful of all the ramifications that increased impacts will have on their bodies.

“Seeing younger players suffer with the consequences of that – remember that for the ninth season in a row concussion was the most commonly reported match injury in professional rugby union – I am not convinced that the game is safer now than it was when I started The Drake Foundation in 2014. More must be done to protect players, and without delay!”

The results come from the neuroimaging wing of the Drake Rugby Biomarker Study, undertaken by researchers at Imperial College London in collaboration with UCL, the RFU and clubs across rugby union and rugby league in the UK.

The research team used advanced neuroimaging techniques to look at the brains of current elite rugby players versus controls and concluded that the findings indicate an association between participating in elite rugby and changes in brain structure.

Professor David Sharp, senior author from Imperial’s Department of Brain Sciences, said: “Despite relatively high rates of head injury and an increasing focus on prevention, there has been relatively little research investigating the long-term effects of rugby participation. More objective measures of the effects of sporting head injuries on the brain are needed to assist with the assessment and management of individual players.

“Our research using advanced magnetic resonance imaging suggests that professional rugby participation can be associated with structural changes in the brain that may be missed using conventional brain scans.  What is not clear at this stage is the long-term clinical impact of these changes. Further research is needed to understand the long-term implications of repeated head injuries experienced during a rugby career and to provide more accurate ways to assess risk for an individual.”

Lauren Pulling, The Drake Foundation’s CEO, said of the findings: “At present, the long-term consequences of these brain structure abnormalities are unknown and require further research. However, taken together with existing evidence across different sports, as well as recent cases of rugby players being diagnosed with brain diseases in their 40s, they are painting a concerning picture when it comes to players’ long-term brain health.”

The RFU has also announced that they will undertake more research into head impact exposure and long-term brain health as well as a number of other plans to address the risks to rugby players.

Pulling added: “The Drake Foundation would like to thank the RFU, rugby clubs and the research team for their support in this vital study.

“We welcome the announcement today from the RFU, PRL and RPA announcing their head impact prevention and management programme.

“The results of the Drake Foundation Rugby Biomarker Study are particularly concerning when taken in tandem with the wider current context.

“Given today’s research findings, we believe that the need to take proactive, common-sense action to protect the health of rugby players is urgent.

“Alongside the research and player clinics announced, The Drake Foundation also wants to see additional updates to the game’s laws and protocols to further minimise players’ exposure to head impacts across both matches and training.

“As a Foundation, and as a nation, we love sport, so we all need to take head injuries and potential changes to the brain seriously in order to protect players as well as the future of the game itself.”

The study has involved the collection of blood, saliva and urine in an effort to uncover potential biomarkers of concussion injuries, as well as – in this recently published subsection of the study – using advanced neuroimaging techniques and cognitive testing to investigate any changes associated with participation in elite rugby.

The research team used advanced neuroimaging techniques to look at the brains of current elite rugby players versus controls and concluded that the findings indicate an association between participating in elite rugby and changes in brain structure.