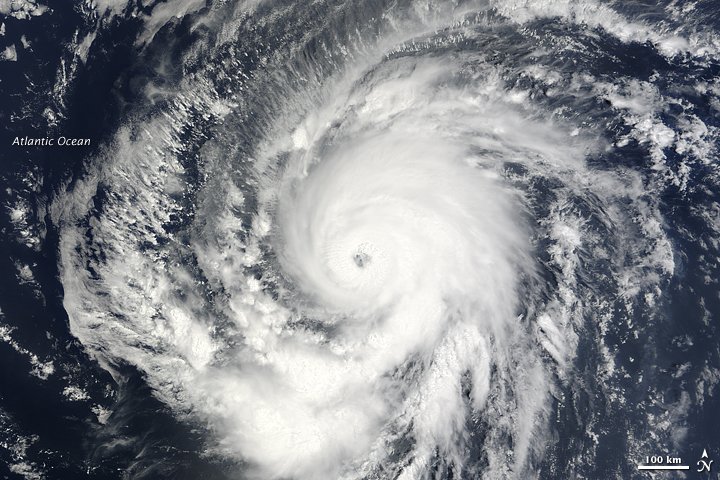 Tropical Storm Fred, the sixth of this year’s Atlantic hurricane season, which formed south of Puerto Rico, is expected to move westwards through the Caribbean, the US National Hurricane Center (NHC) has said, with a risk of wind and flooding in Florida later in the week.

As of 11 August, the cyclone was about 40 miles (65km) southwest of Puerto Rico, the NHC said.

Tropical storm warnings were issued for Puerto Rico, the US Virgin Islands and the Dominican Republic.

Haiti, the Turks and Caicos Islands and the southeast Bahamas are also under storm watch.

According to the NHC, heavy rainfall could lead to flash, urban, and small stream flooding, along with possible rapid river rises and the potential for mudslides across the US Virgin Islands, Puerto Rico, and the Dominican Republic. The greatest threat for flooding impacts will be across eastern and southern Puerto Rico.

There is also a risk of wind and rainfall impacts elsewhere in  portions of Hispaniola, the Bahamas, and Cuba during the next few days, although the forecast is more uncertain than usual since Fred was forecast to interact with Hispaniola.

The NHC added that there is a risk of wind and rainfall impacts in Florida beginning  Friday in the Keys and spreading northward through portions of the Peninsula and the Panhandle this weekend.

However, it stressed that it is too soon to determine the exact timing, location, and magnitude of any potential impacts.

The potential impact of Fred comes as forecasts for the 2021 Atlantic storm season remain varied.

increased the expected number of storms, hurricanes and major hurricanes based on the latest atmospheric and Atlantic ocean conditions, but in their early August update, forecasters at Colorado State University in Fort Collins actually reduced the number of named storms expected from 20 to 18.

Tropical storm formation requires a number of different environmental parameters, such as a sea surface temperature above 26C and weak wind shear to come together.

Forecasters look at these elements, along with larger natural climatic patterns such as El Niño and La Niña, to make predictions.

The above average forecast is therefore in part due to slightly warmer-than-average sea surface temperatures in the Atlantic and wind shear anomalies over the Caribbean and tropical Atlantic that are slightly weaker than normal.

There is a potential return to La Niña conditions in the months ahead, which would also signal to increased tropical storm development.

According to the NHC, heavy rainfall could lead to flash, urban, and small stream flooding, along with possible rapid river rises and the potential for mudslides across the US Virgin Islands, Puerto Rico, and the Dominican Republic. The greatest threat for flooding impacts will be across eastern and southern Puerto Rico.