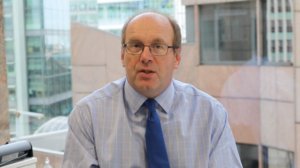 The inability of the UK and the European Union to reach a deal over Brexit has the potential to impact the ratings of financial services firms, and the country itself.

Standard & Poor’s has issued an updated report in the likely impact of Brexit across the UK economy which highlights the best outcome would be a deal, however, late in the day.

“The UK reaching a compromise with the EU over Brexit remains a daunting challenge given the number of stakeholders, the complexity involved, and the tight timetable,” it said. “A failure to reach an agreement in the coming weeks means that the likelihood of a no-deal Brexit remains meaningful and not to be discounted.

“A no-deal Brexit from the EU could lead to a few rating downgrades, negative outlooks, or CreditWatch actions on issuers with insufficient rating headroom to weather the related economic slowdown or disruption.”

“These actions will vary depending on how exposed an issuer’s industry is to a no-deal and the strengths and weaknesses of each rated entity,” said S&P Global Ratings’ credit analyst Paul Watters.

S&P revealed it has taken 39 rating actions related to Brexit risks since it raised its no-deal risk assessment to “high” in October 2018.

“We continue to track developments but, to be clear, we would not expect a no-deal Brexit to become our base case for rating purposes until it became almost certain,” it adds.

“Our research shows that the mere anticipation of Brexit following the leave vote in June 2016 has caused the economy to suffer,” said senior economist Boris Glass.

S&P economists now forecast that in a no-deal scenario, U.K. GDP would shrink by 2.8% in 2020. In 2021, output would be 4.7% lower than under our base case, in which the U.K. and EU agreed on a deal. We estimate the U.K. economy lost about 3% of GDP in the 10 quarters that followed the EU referendum, compared to a remain outcome.

The firm’s scenario analysis suggests a no-deal Brexit would do more long-term economic harm than if a deal was reached.

In terms of the UK’s sovereign rating S&P explained: “Our ‘AA/A-1+’ sovereign credit ratings on the U.K. already take into account a less predictable policy framework following the 2016 referendum. The outlook on the ratings is negative, reflecting the risk of sustained economic weakness and deterioration in government finances in a no-deal Brexit.”

For Insurers the economic effects will have the biggest impact according to S&P.

“The most significant credit implications resulting from a no-deal Brexit for U.K. insurers are likely to come from the short-term and long-term disruptions to the country’s economy and financial markets. However, we believe the initial impact on U.K. insurers’ ratings will be muted, with outlook revisions, rather than widespread downgrades, more likely to occur if the downside economic and market scenarios occur.”

For the other financial institutions there could be ripples felt if the agreement was not reached.

“While UK banks have built resilience, a no-deal Brexit could change our broadly stable ratings assessment. Outlook revisions would be more likely than downgrades in the near term, specifically in the event of a downward revision in the trend for economic and/or industry risk in our UK BICRA to negative, from stable,” said the report. “Implications for non-U.K. banks would be limited.”

Insolvencies Rise for First Time in a Decade
Scroll to top