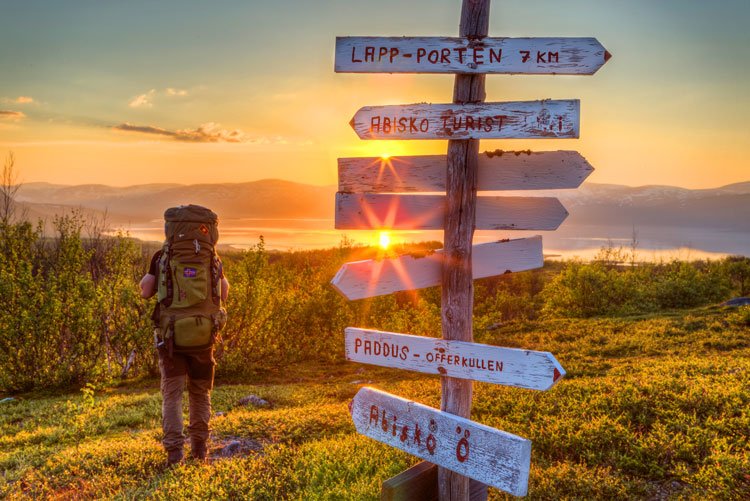 Nordic countries have registered near-record temperatures this past week.

The city of Kevo in the north of Lapland, near the border with Norway, recorded highs of 33.6C on Sunday.

This is the hottest day since 1914, when Finland’s meterorological institute registered 34.7C – the highest temperature in the Nordic country since records began in 1844.

On Monday, the village of Utsjoki in Lapland – the northernmost region of Finland that has long been associated with Father Christmas – recorded a slightly lower temperature of 33.5C.

Norway’s meteorological institute registered 34C in Saltdal, a county near the Polar Circle. This is the highest temperature measured in the country this year, and just 1.6C short of Norway’s all-time record

The high temperatures follow the record-breaking heatwave and wildfires that have widespread damage in parts of North America.

The intense heatwave has killed 95 people in the US state of Oregon alone, its governor said on Sunday. Hundreds are believed to have died from the heat in the US north-west and southwest Canada.

Canada is battling a string of around 180 forest fires in the western province of British Columbia after scorching temperatures of up to 49.6C, a new national record.

More than 700 people died of heat exhaustion in British Columbia in the week between 25 June and 1 July. This number is three times hotter than average in the province, chief coroner Lisa Lapointe has said.

About 70 per cent of the active fires were likely caused by lightning strikes, according to the British Columbia Wildfire Service.

According to Michael Reeder, a professor of meteorology at Australia’s Monash University, the events in Scandinavia and North America were linked.

He said a tropical low in the western Pacific, near Japan, had disturbed the atmosphere, creating ripples around the hemisphere in what is known as a Rossby wave. That wave broke off the west of Canada, triggering the conditions for the heatwave.

“It’s like plucking a guitar string. The disturbance propagated along the jet stream,” Reeder said. “It gets to North America, it [amplified] and produced a big high pressure system in the middle part of the atmosphere.”

Norway’s meteorological institute registered 34C in Saltdal, a county near the Polar Circle. This is the highest temperature measured in the country this year, and just 1.6C short of Norway’s all-time record.