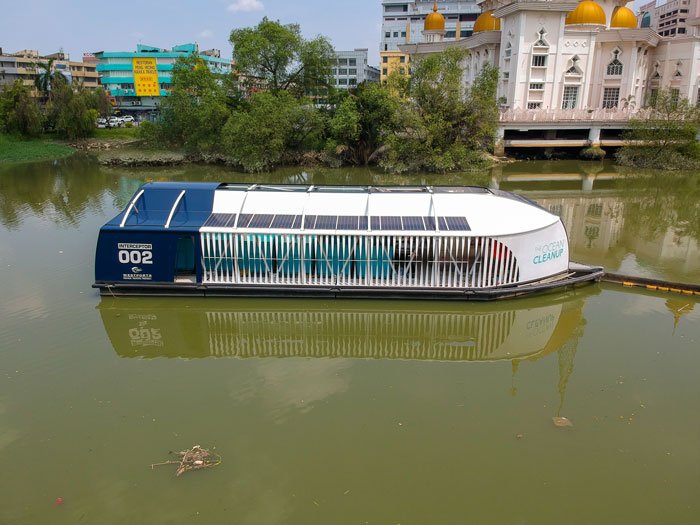 Insurer Allianz has signed a two year deal to fund efforts to clean up the world’s oceans.

The group is to partner with the international marine conservation organization Sea Shepherd Global in a programme to enhance clean oceans and coasts, biodiversity conservation and sustainable fishing practices.

The deal is initially for two years and covers Italian coastal areas in the Mediterranean Sea. Four Allianz companies are providing the funding for the newly acquired ship “Sea Eagle” and its crew, who will be active on the disposal of illegally-left fishing nets – a problem little known to the public.

“With targeted marine protection, eighty percent of the habitat of endangered animal and plant species could be protected. Healthy oceans also play a role in absorbing harmful climate emissions. As a responsible company, we want to work with Sea Shepherd to support effective marine conservation”, says Barbara Karuth-Zelle, Member of the Board of Management for Operations and IT at Allianz SE.

Scientists have warned that sensitive marine ecosystems are severely endangered, also posing high health and economic risks for millions of people. Between five and twelve tons of plastic and 640,000 tons of fishing nets end up in the oceans every year, and two-thirds of the world’s oceans are already considered overfished, according to the UN Food and Agriculture Organization. Researchers put the value added of the world’s oceans at 24 trillion US-Dollars from tourism, trade and food among other activities.

Giacomo Campora, CEO of Allianz S.p.A., adds: “In Allianz Italy we are very active in the preservation of the environment and tackling plastic pollution in the Mediterranean Sea is a shared objective.”

The U.S.-based organisation has its own fleet of ships and works closely with governments and coastal protection in Africa, Asia and increasingly Europe. Crews have been engaged in various missions to protect coral reefs, natural reservations, sea mammals and the organization has activated already hundreds of thousands of volunteers to clear beaches of trash. Captain Alex Cornelissen, Executive Director of Sea Shepherd Global explained: “Allianz and Sea Shepherd share a mission, and that is a clean Mediterranean Sea. We want to work together to tackle plastic waste and also raise awareness about illegally left fishing nets. We also plan to make new and useful products from the used plastic.”

“The Group supports the shift to a climate-friendly economy via ambitious climate and environmental targets in its core business and operations,” it added. “Allianz has committed to reducing greenhouse gas emissions in proprietary investment portfolio to net zero by 2050, including intermediate targets already by 2025. Greenhouse gas emissions from operations will be reduced by 30 percent (compared to 2019) over the next five years. In addition, disposable plastic packaging in canteens will be replaced with environmentally-friendly alternatives in more Allianz entities over time, as is already the case at the Munich headquarters.”

Scientists have warned that sensitive marine ecosystems are severely endangered, also posing high health and economic risks for millions of people. Between five and twelve tons of plastic and 640,000 tons of fishing nets end up in the oceans every year, and two-thirds of the world’s oceans are already considered overfished, according to the UN Food and Agriculture Organization.