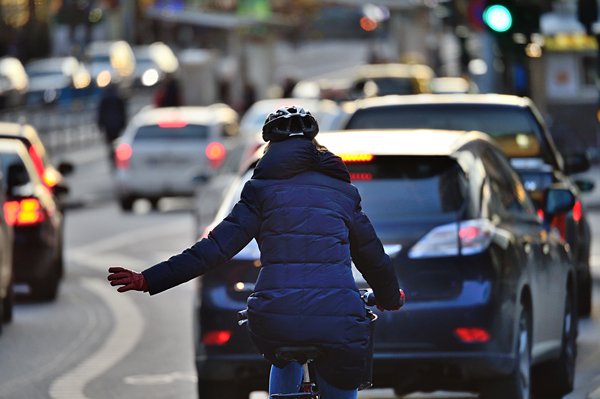 One of the UK’s most senior lawyers has said calls for a change in the liability for cyclists on the country’s roads would present far more problems than they would seek to solve.

Anthony Baker, President of the Forum of Insurance Lawyers (FOIL) told Emerg-in.co.uk that calls for changes to the law that would see the drivers of vehicles liable for any accident with a cyclist unless they could prove otherwise was simply not a viable solution.

It comes after former Olympic champion Chris Boardman, called for a new law that would “presume” cyclists to be innocent in some road accidents to help encourage more people to ride to work after lockdown.

He added that currently the UK is one of only five countries in Europe that still placed the burden on a cyclist to prove a driver was at fault if they sought to sue.

Therefore Mr Boardman said the government needed to introduce a new law which would create a scheme of “presumed liability” under which any road accident would be presumed to be the fault of the car, bus or lorry driver unless they could prove otherwise.

However, Mr Baker warned such a change to the law would create a more complex liability system and with it drive up motor insurance premiums.

“Although encouraging cycling must be a commendable and desirable strategic policy to pursue, both now with commuters being told to avoid public transport if possible and also for general public health benefits, FOIL does not consider that reversing the civil burden of proof in favour of cyclists will achieve that aim and that this should not be enacted for a number of reasons,” he explained. “Under the common law in the UK, then it is for the Claimant to prove, on the balance of probabilities, that their loss and damage was caused by the negligent acts or omissions of a Third Party and reversing the burden of proof would undermine centuries old jurisprudence.  That in itself is not a reason for keeping the status quo but, in the case of vulnerable road users such as cyclists, then the Courts already accept that car drivers owe a far higher duty of care to ensure their safety by taking greater care when passing or travelling near to cyclists due to the destructive nature of a motor vehicle as compared to a bicycle.

“It is highly unlikely that a change in legal burden of proof would have any real impact on incentivising the vast majority of the general public who may consider cycling to take this up. Individuals will be encouraged to use bikes if there are more cycle lanes on UK roads and motor vehicle free zones in city centres and not because they will be risk assessing the success or otherwise of future accidents and claims against motorists. Better driver/rider education of cyclists and motorists should also be encouraged (e.g. bikes undertaking HGVs) to increase road safety.”

Mr Baker added: “This issue also leads to other wider policy questions in respect of where any potential change in road traffic liability and switching the burden of proof could lead to – could this be extended to pedestrians, children on scooters, electric wheelchair users etc.?  There is a current Government Consultation that includes micro mobility and e-scooters and this has highlighted the anomalous position of bicyclists in the current regime – they are not regulated, licensed, or subject to RTA law requiring compulsory insurance whereas all mechanically propelled vehicles are. A presumption of liability would add to the unique treatment of cyclists as road users.

“Another unintended consequence of a change in the law could be higher motor insurance premiums which neither the public nor the Government would want.  Courts already rightly view injured cyclists with sympathy and where they have suffered injury due to negligent driving then full and appropriate compensation is awarded and this will not change.”