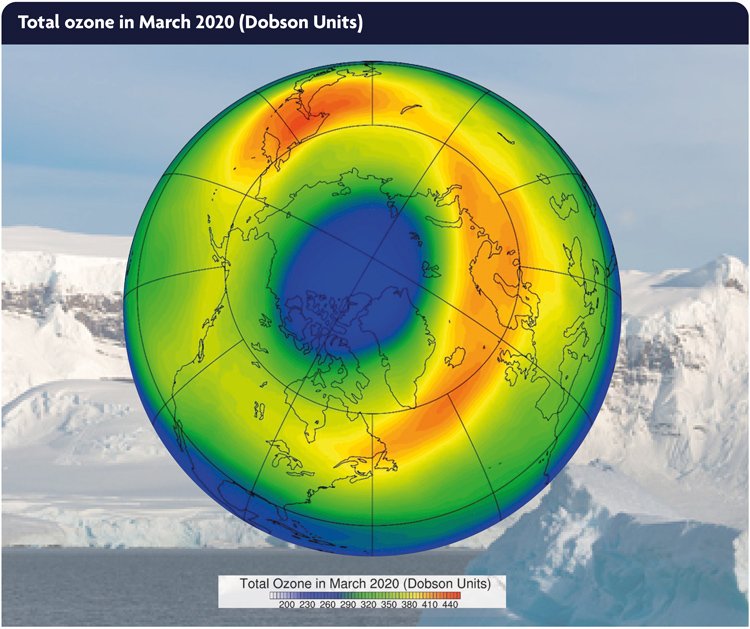 Record temperatures in the Pacific are believed to have been the cause of a huge hole in the ozone layer over the Arctic, amid warnings of a long term impact to the Northern Hemisphere’s ozone level.

Scientists have been researching the hole which appeared in spring last year above the North Pole and concluded that sea temperatures were behind the hole, an event that has rarely occurred.

Unlike the Antarctic ozone hole that develops annually during austral spring (September, October, and November), Arctic ozone levels usually stay well above the ozone hole threshold. The Arctic stratospheric vortex is typically too warm for polar stratospheric clouds to form, which are a key ingredient in severe ozone depletion processes.

Scientists added much stronger planetary wave activity occurs in the Northern Hemisphere than in the Southern Hemisphere, which generates stronger dynamical heating to warm the stratospheric Arctic vortex. Despite this, polar meteorologists reported a record-breaking Arctic “ozone hole” during spring 2020, prompting a research inquiry into what caused this unusual phenomenon.

A team of scientists from the Department of Atmospheric and Oceanic Sciences, School of Physics at Peking University, led by Prof. Yongyun Hu, found that that the Arctic “ozone hole” in spring 2020 was likely caused by record-high North Pacific sea surface temperatures (SST).

“The record-high North Pacific sea surface temperatures during February and March 2020 led to a large reduction of wavenumber-1 wave activity by modifying the Aleutian low.” Prof. Hu explained. “The reduction of planetary wave activity caused the extremely cold and persistent stratospheric polar vortex between February and April 2020 which provided the necessary conditions for severe ozone loss.”

Hu and his team designed several sensitivity experiments using a long-range climate model. Performing multiple experiments and iterations were necessary to provide a comprehensive picture of the effects that record-breaking North Pacific sea surface temperatures had on the Arctic stratospheric vortex.”

He warned the research also points to the likelihood of further holes developing in the future.

“The formation of the record Arctic ozone loss in spring 2020 indicates that present-day ozone depleting substances are still sufficient to cause severe springtime ozone depletion in the Arctic stratosphere.” said Hu. “These results suggest that severe ozone loss is likely to occur in the near future as long as North Pacific warm SST anomalies or other dynamical processes are sufficiently strong.”