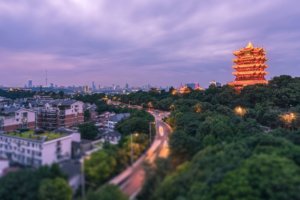 As China restricted travel for 35 million people as it battled to fight the spread of the coronavirus 2019, insurers have been dusting off their plans to mitigate a pandemic.

A meeting of the Emergency Committee convened by the World Health Organisation under the International Health Regulations has decided the current outbreak has not reached the point where it can be deemed a Public Health Emergency of International Concern (PHEIC).

However the spread of the disease is continuing and the likelihood is in the days ahead a PHEIC will be called.

While the epicentre of the outbreak is the Chinese city of Wuhan (pic) in Hubei province, cases of coronavirus 2019 have been reported in the United States, Republic of Korea, Japan, Thailand and Singapore. At present Chinese authorities have said 26 people have died in the outbreak and hospitals around Wuhan have appealed for assistance as they are deluged with people fearful they have contracted the disease.

Following the SARS outbreak in 2002 Lloyd’s undertook a study on the impact of a future pandemic.

It cites research by the organisation Trust for Americas Health, that found that the SARS outbreak which led to 774 deaths (compared to the millions anticipated from a major pandemic) there was a 66% reduction in travel arrivals to Hong Kong with cinemas in the region noting a 50% reduction in takings.  It is estimated that the Asia Pacific Region lost some $40 billion in this outbreak.

In the case of SARS within six weeks of the official reporting of the virus some 27 countries had experienced outbreaks of SARS.

Some estimates suggest SARS caused economic losses of between $30 billion and $150 billion, with face to face industries (including entertainment and air travel) most affected.

Lloyd’s report stated: “Pandemics are inevitable and have happened regularly in the past.  They have been of variable impact, at worst leading to approaching 100 million deaths.

“There are reasons to assume that the world would be better prepared than ever before to face a pandemic due to international cooperation and better health care.  However, population growth, urbanisation and increased global mobility may lead to a more rapid and widespread disease.

“The parameters of the 1918 [Spanish Flu] event, which led to between 20 and 100 million deaths, is often used as a worst case scenario.  Whilst this was an extreme event compared to past pandemics it is important to consider other scenarios and other pathogens, so society doesn’t over optimise its response to one scenario. Economic impacts are likely to occur and a pandemic as severe as 1918 may lead to a global recession with reductions of between 1% and 10% of GDP.  These may impact the investment assets of insurers and will also impact the general business environment.

“Many classes of business will be affected by a pandemic.  Clear cut cases include life and health insurance.  Other forms of cover including D&O, General Liability, Medical Malpractice and Event Cancellation policies may be affected depending on policy wordings and legal judgements.

“General economic and societal affects may give rise to secondary forms of loss, particularly if there is a reduction in the efficiency of the emergency services.  Those leading such essential national services are taking significant steps to plan for and avoid this; nevertheless as part of sensitivity planning insurers should consider scenarios where such plans are not 100% effective.”

Lloyd’s report added: “We believe there are scenarios that could lead to loss in a large number of classes of business. These could arise from primary effects such as successful lawsuits leading to claims under liability policies.

“Claims could also come from secondary impacts to society, such as reductions in the availability of tradesmen in the short term, which lead to further losses. Some potentially affected policies may not have been written with such claims in mind and one possible response from the insurance industry is to clarify coverage intentions sooner rather than later. Contract certainty is to everyone’s advantage.” 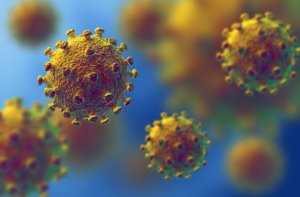 Cases of coronavirus 2019 have been reported in the United States, Republic of Korea, Japan, Thailand and Singapore.