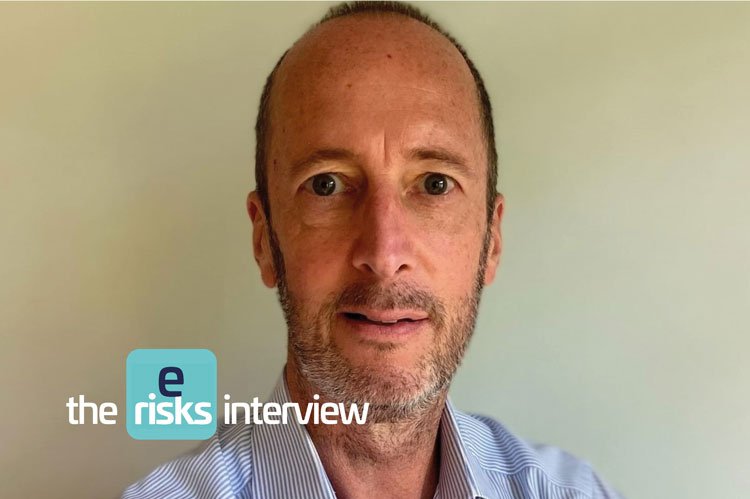 Emerging Risks talks to Simon Young, senior director at Willis Towers Watson, about the industry’s role in combating climate change and the role that parametric solutions can play.

To what extent are you excited by COP26 and do you think we might see some meaningful results at the end of it?

There is a cadre of professionals for whom this is their life, and there will be people there from the Pacific states for whom this is existential. They know that it is a slow and incremental process, but they also know that they have to stick with it. It’s always a little bit of a shame when it’s in a G7 country and all the headlines are around the G7 leaders- it’s important that those other voices come through because that is who we are doing it for.

How important is the insurance industry’s role in contributing to the climate change debate?

It has gotten much more important over the last few years. I would say that Paris was a turning point and my biggest take away from it was that people finally realised that this is a risk management problem and captured that in the Paris Agreement with the language.

There was concern about talking about adaptation because that was diverting from mitigation and I think Paris was the point at which everybody realised you had to be both, and we were too far down the road not to put a lot of effort into adaptation. Also, loss and damage was the thing that people were encountering in their actual lives and it was going to be the source of the energy coming from both G7/G20 countries and the global south.

I got involved through parametric insurance, which was an obvious sweet spot, but insurance had been talked about back in the Rio Earth Summit, where the Pacific Islands had said they needed insurance against climate change.

Since 2007 really, when we created the Caribbean facility, it’s really grown. But there is a need for the products and tools the industry has been using  – in terms of modelling and understanding risk – to be now be more forward looking and to link them in with the broader climate models.

You tell an investment bank CEO that we have these catastrophe risk models, which they didn’t know existed, and they are amazed. So I think we have a lot of the tools that are needed, and as long as we disconnect them from selling the products, that is the key. The insurance industry writ large, as a societal contract, is critically important here.

Why do many people think that parametric solutions could provide the long-term solution to climate risk management?

The traditional insurance industry has done a pretty good job of managing risk as we have understood it until fairly recently.

One of the things is that, with climate risk disclosures coming through on the regulatory side, then you will be discovering a whole bunch of risks that you don’t necessarily have covered on your insurance programme. So I think that parametric solutions for those climate risks is particularly suitable and will be able to cover a lot of those newly discovered and recognised risks.

So this protection gap is big in the global south, for sure, but it’s also big in the global corporate north. And that’s setting aside the whole flood management issue in any G20 country. Nobody is really coping with flood risk appropriately, and that’s partly because the regular insurance policies don’t necessarily work particularly well. So I think there are a lot of opportunities to create some change in the core products that are being offered.

Is the (re)insurance market doing enough to research, promote and provide parametric products?

Yes. The big reinsurers have always had an eye on this and have reasonably sized research teams for nat cats. But we are still having some challenges in bridging the gap between academic climate modelling and mainstreaming that into the industry… there are fundamentally different drivers for academic and commercial needs. Academics want to go down a very narrow hole, whereas we want to see how broadly and practically a solution can be.

In an ideal world, how far do you think we could go with parametric solutions? Need they be limited to climate-related emerging risks?

I think there is a lot more we can do… the financial side of risk and the risk to economic gains is still there as economies develop, it just materialises in a different way that traditional insurance is clearly not suited to manage. I think that parametric is suited to that and the fact that quite a lot of that is in the climate domain makes it even more likely that it will be a big part of the solution.