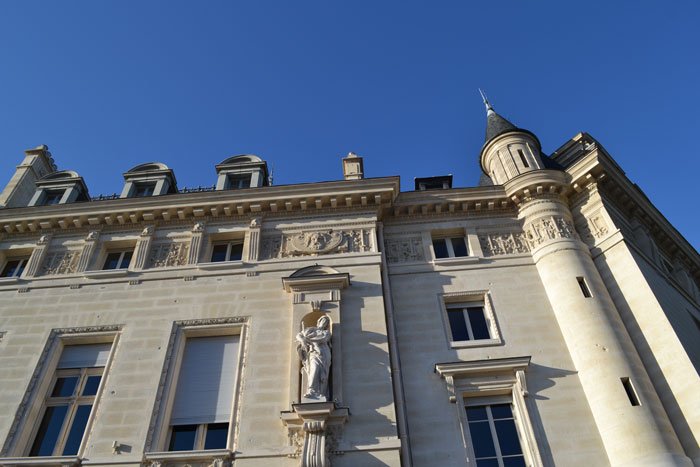 In a momentous victory for four French environmental groups, a Paris court has convicted the French state of failing to address the climate crisis and not keeping its promises to tackle greenhouse gas emissions.

The legal case was brought by the four NGOs – including Greenpeace France and Oxfam France –  after a petition signed by 2.3 million people.

The case had accused the French state of not living up to its own commitments, including a multi-year plan to cut carbon emissions, as wells as the 2015 Paris Climate accord.

In its ruling, the Administrative Tribunal of Paris said there were “wrongful deficiencies on the part of the state in implementing public policies to allow it to achieve objectives it had set on the reduction of greenhouse gas emissions.”

Reacting to the ruling, French government spokesman Gabriel Attal told a briefing it was true that not enough had been done in the past, but the current administration was working to address the issues.

The government has previously said it is making huge efforts to respond to global warming, and is doing more than many other countries.

Cécile Duflot, Executive Director of Oxfam France, one of the NGOs that brought the case, called Wednesday’s decision “a historic victory for climate justice”.

“For the first time, a French court has ruled that the state can be held responsible for its climate commitments.” She said the ruling served as “a timely reminder to all governments that actions speak louder than words.”

“This is an historic win for climate justice,” added Jean-François Julliard, executive director of Greenpeace France.

“The decision not only takes into consideration what scientists say and what people want from French public policies, but it should also inspire people all over the world to hold their governments accountable for climate change in their courts.”

Cécilia Rinaudo, a director of Notre Affaire à Tous (It’s Everyone’s Business), another plaintiff, said it was an “immense victory” for climate activists around the world.

“It’s a victory for all the people who are already facing the devastating impact of the climate crisis that our leaders fail to tackle. The time has come for justice,” Rinaudo said.

“This legal action has brought millions of people together in a common fight: the fight for our future. The judge’s landmark decision proves that France’s climate inaction is no longer tolerable, it is illegal. But the fight is not over. Recognising the state’s inaction is only a first step towards the implementation of concrete and efficient measures to combat climate change.”

The court ruled that compensation for “ecological damage” was admissible, and declared the state “should be held liable for part of this damage if it had failed to meet its commitments to reduce greenhouse gas emissions”.

It did not uphold a claim for symbolic compensation, saying compensation should be made “in kind”, with damages awarded “only if the reparation measures were impossible or insufficient”.

However, the court ruled that the applicants were entitled to seek compensation in kind for the “ecological damage caused by France’s failure to comply with the targets it had set for reducing greenhouse gas emissions. It said this needed further investigation and gave the state two months to respond.

It awarded each organisation a symbolic EUR1 for “moral prejudice”, saying the state’s failure to honour its climate commitments was “detrimental to the collective interest”.

0
Captive use on the rise says Airmic