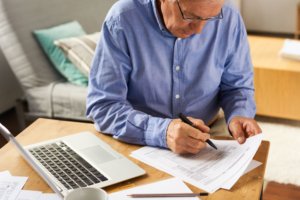 A leading non-profit pension organisation has issued a plea to the UK’s political parties not to ignore the need to drive greater levels of auto enrolment when the 12 December election is over.

The People’s Pension which has 4.5 million members and is one of the largest master trust workplace pensions in the UK has today called for a package of measures from the next Government to make saving pay for the low paid, reduce the gender pensions gap, and make pensions more transparent.

Although auto-enrolment has been a success so far, with 10 million more people now saving for retirement, the workplace pension provider’s new manifesto also underlines the need to ensure people are saving enough for a comfortable retirement and millions of workers aren’t unnecessarily excluded from auto-enrolment.

With under a month before the nation goes to the polls, it calls on the next Government to:

Commenting, Gregg McClymont, director of policy at The People’s Pension, said: “The topic of pensions may not be a vote winner like the NHS or Brexit, but with millions of people at risk of not having enough to live on in retirement, it’s an issue that all politicians should care about and act on.

“There can be no doubt of the positive impact that auto-enrolment has had, but the next Government must work to ensure that people are saving enough for a comfortable retirement and that millions of workers – in particular women – aren’t unnecessarily excluded from auto-enrolment.

“We’re calling on future ministers to stop women’s financial futures from being penalised because they choose to have children and ask that the next Government ensures savers can access all their pensions information on a one stop shop dashboard that’s operated in their best interest and free from commercial sales pitches.

“Pensions matter; which is why we’re launching this manifesto and asking those who seek to represent us to prioritise improving the system.”