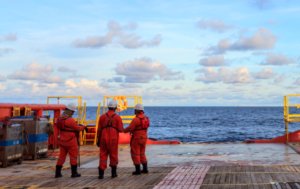 Nicholas Inglessis, Chairman of the  UK P&I Club, said: “Transferring these claims to a recognised and well-regarded occupational disease specialist, such as R&Q, will significantly improve the Club’s capital position and bring finality to a highly volatile book of claims. This will greatly benefit the Club’s current members.”

The club explained most occupational disease claims result from seafarers being exposed to asbestos on ships, going back as far as the 1950s. It can be 40 years or longer before symptoms of any disease occur and these can often be fatal, and the resulting compensation awards can be significant. These claims are very uncertain and volatile, and the exposure will continue for many years to come.

The transfer of liabilities will be subject to the approval of the High Court in London, which will ensure the interests of those members who are exposed to these claims and equally the claimants who suffer from these diseases are not prejudiced by the transfer. It will also be overseen by the UK insurance regulators, the PRA and FCA. In the interim, the Club has concluded a reinsurance agreement with R&Q so the benefits of the overall transaction can be recognised by the Club’s current membership. The parties expect the transfer to be completed within the next two years.

Ken Randall, Executive Chairman at R&Q, says: “We are delighted to enter into this agreement with the UK Club which recognises our experience in this field and follows on from the previous transfer of liabilities from the Liverpool & London Steamship P&I Association in 2015.  Occupational disease liability can negatively impact a Club’s capital outlook and risk appetite. This transfer agreement will allow the UK Club more flexibility and stability in planning its financial future, while ensuring any claimants remain unaffected.”