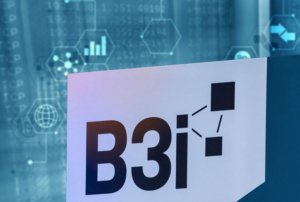 Reinsurance platform B3i has said it aims to increase the number of classes it can transaction during the course of the year.

The firm, owned by members of the insurance industry, announced that 30 contracts of reinsurance have been concluded on its platform, including some of the world’s most complex Catastrophe Excess of Loss (XoL) reinsurance treaties.

A total of 9 insurers, 4 major brokerage firms, and 8 reinsurers participated in the placements, which were conducted as a parallel run with 1/1/20 renewals or as a recreation.

However the firms says it wants to build in that success and will also embark on a new fundraising round.

“In 2020, B3i intends to continue to develop its reinsurance platform to include additional types of reinsurance and modules for technical accounting and claims, thus covering the full lifecycle of a reinsurance contract,” it stated. “Further, B3i is expanding into large commercial applications.”

“B3i currently has 20 shareholders, all insurers or reinsurers, from Europe, Asia, North and South America, and Africa. B3i will conduct a fundraise in 2020 which is open to insurers, brokers, reinsurers, and service providers to the industry.”

“The reinsurance transactions show that distributed ledger technology will be a powerful solution for insurers, brokers, and reinsurers to grow their business while creating material efficiencies over existing technology. B3i offers the only DLT-based solution in production and capable of handling reinsurance placements today,” said John Carolin, CEO of B3i. “We invite all participants in the insurance industry to work with B3i to improve risk transfer using distributed ledger technology – whether by investing and joining our governance, by using the platform for transactions, or by partnering to develop new solutions.”

Dr. Silvio Tschudi, Senior Retrocession Manager at Allianz Re, stated: “B3i’s platform shows what’s possible for greatly easing the placement process for all parties involved, and it’s very promising. Working with our brokers and reinsurers during the placement process, across the B3i platform, has shown improved efficiencies and complete contract certainty.”

B3i’s Chairman, Antony Elliot, said: “B3i has always been by the industry, for the industry. Our global shareholders and B3i’s talented team have built the only application that uses distributed ledger technology to facilitate reinsurance placements. B3i looks forward to expanding our engagement with insurers, brokers, and reinsurers to develop the platform’s capabilities further considering reinsurance and commercial insurance use cases.”